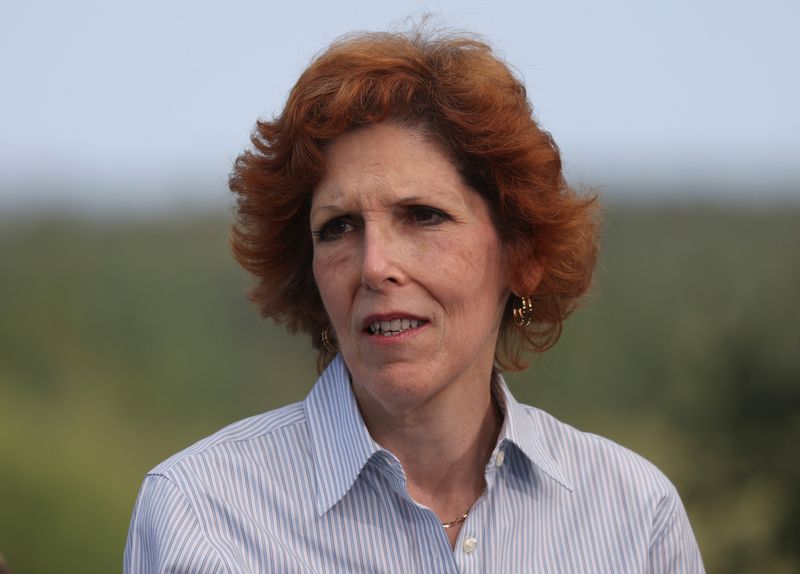 © Reuters. FILE PHOTO: Loretta J. Mester, president and CEO of the Federal Reserve Bank of Cleveland, looks on at Teton National Park where financial leaders from around the world gathered for the Jackson Hole Economic Symposium outside Jackson, Wyoming, U.S., Augus

(Reuters) - The Federal Reserve can downshift to smaller interest rate hike increments from next month as it fine-tunes its policy actions to help bring down high inflation while keeping the economy humming, Cleveland Fed President Loretta Mester said on Monday.

"I think we can slow down from the 75 at the next meeting. I don't have a problem with that, I do think that's very appropriate," Mester said in an interview with broadcaster CNBC. "But I do think we're going to have to let the economy tell us going forward what pace we have to be at."

The Fed earlier this month raised interest rates by 75 basis points for the fourth consecutive meeting, but since then a steady drumbeat of policymakers have signaled that they expect to shift to smaller increases in borrowing costs from now on to allow time for the economy to absorb the swiftest tightening of monetary policy in 40 years.

The central bank's benchmark overnight lending rate currently sits in a target range of 3.75%-4.00%. Investors overwhelmingly expect a rate increase of 50 basis points at the Fed's next policy meeting on Dec. 13-14.