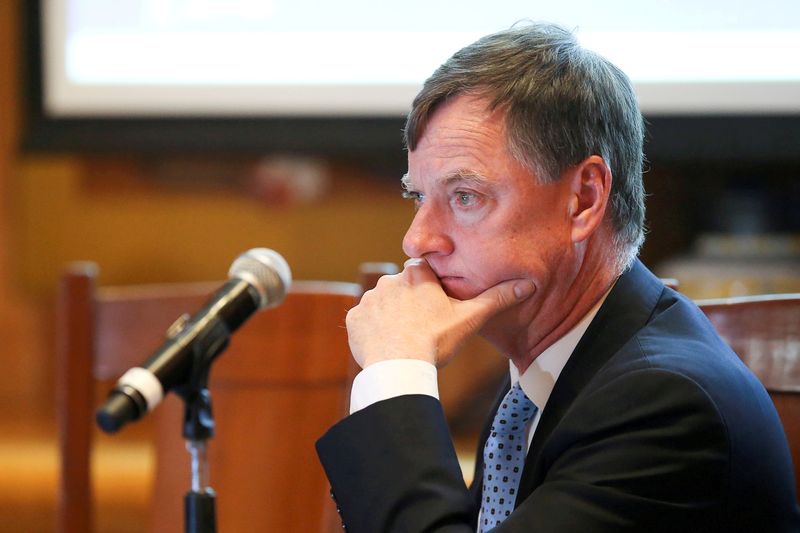 "I expect it will be necessary to bring rates up a good deal more over the coming months in order to return inflation to the Committee’s 2 percent average inflation target," Evans said in remarks prepared for delivery in Cedar Rapids, Iowa for the Corridor Business Journal's mid-year economic review.

Most of the Fed's rate-setting committee sees rates needing to rise to at least a 3.25%-3.5% range by year-end, and to 3.8% next year, a view that Evans said is roughly in line with his own.

And yet, echoing a theme Fed Chair Jerome Powell repeatedly reminded lawmakers of during testimony earlier in the day, policy should and must respond to data.

Indeed, a worse-than-expected inflation reading days before the Fed's meeting last week was a big factor in his support for the 75-basis-point rate hike the central bank delivered, he said. Earlier he, and most others at the Fed, had said a half-point hike was most likely.

"We must be watchful and ready to adjust our policy stance if changes in economic circumstances dictate," Evans said. Supply-side repair could go more slowly than expected, or Russia's war in Ukraine or China's COVID lockdowns could put more upward pressure on prices, he said.

Moreover the Fed's rate hikes may not do enough to bring inflation down, he said -- though they could also, "on the other hand, weigh too heavily on employment."

Evans is due to retire because of age limits for Fed presidents when he turns 65 in January.