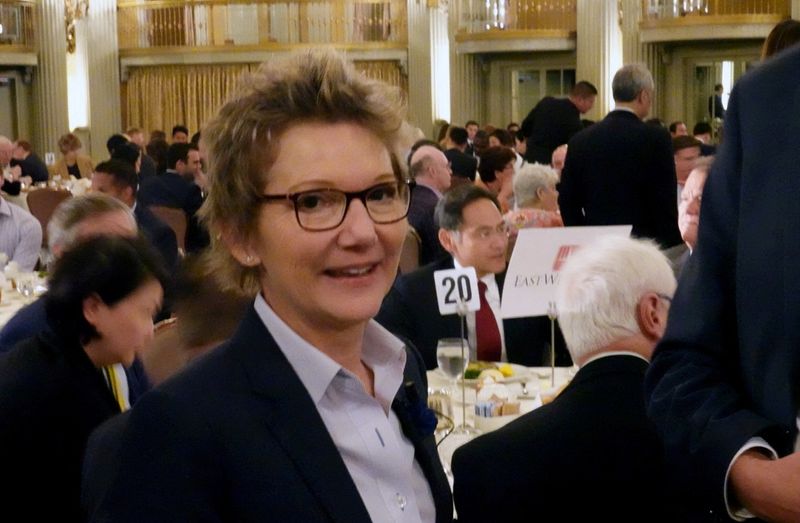 (Reuters) - San Francisco Federal Reserve Bank President Mary Daly on Wednesday said the U.S. central bank's policy rate could end up in the 4.75%-5.25% range, high enough to squeeze inflation from the economy but not so high as to trigger a severe recession.

"We are ... tightening into a strong economy, and I'm still optimistic we can bring this down so that Americans don't feel we've solved one bad problem and put them in a much worse one," Daly said in a CNBC interview.

The consumer is "hanging in there," Daly said, speaking shortly after fresh data showed retail sales in October rose more than expected. But they are also preparing for a slowdown, she said, as the Fed raises borrowing costs to bite into inflation running at more than three times the Fed's 2% target.

The unemployment rate, now at 3.7%, could rise to 4.5%-5% and while it could take longer to find work, there would still be jobs available, she said.

"Monetary policy works by slowing the economy: That's how we restore price stability. Right now. I'm 100% determined to do that as effectively as we can, and as gently as we can," she said.

The Fed earlier this month raised its policy rate by a fourth straight 75 basis points, bringing it to a range of 3.75%-4%. Daly said that as of September she felt it would ultimately need to rise to 5% and then stay there for some time to bring inflation down.

Aiming for a policy rate of "somewhere between 4.75% and 5.25% seems a reasonable place to go into the next meeting," she said, adding that pausing rate hikes is not currently on the table.