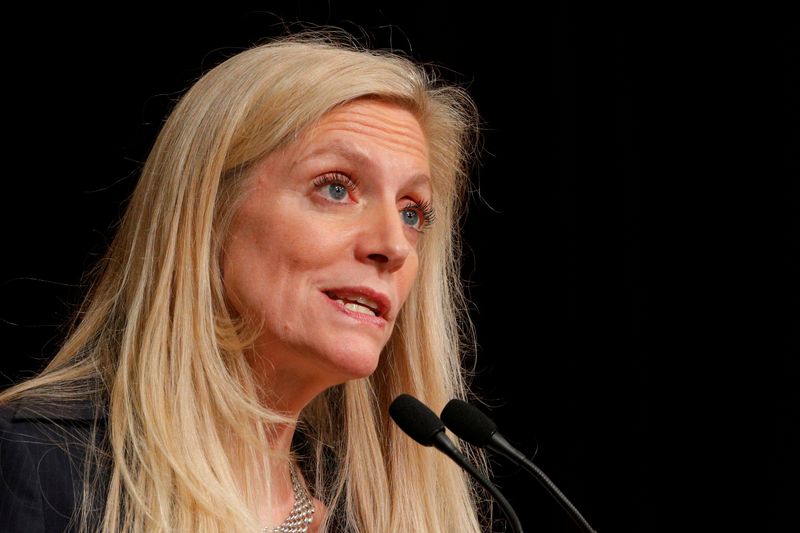 (Reuters) -Recent turmoil in the cryptocurrency market shows the need for it to be firmly regulated the same way traditional finance is, Federal Reserve Vice Chair Lael Brainard said on Monday.

"It's really concerning to see that retail investors are really getting hurt by these losses," Brainard said in an interview with Bloomberg in Washington, repeating her long-held view that crypto finance needs strong regulation.

While the crypto industry has touted digital assets as fundamentally different from traditional finance, Brainard has argued the sector has proven to be susceptible to the same risks and should be subject to the same rules.

"Despite a lot of hype...you heard a lot about how decentralized these markets are...it turns out they are highly concentrated, highly interconnected, you are just seeing a domino effect, failures from one platform spilling over into elsewhere," Brainard continued. "It reinforces I think this need to make sure that crypto finance, because it is no different than traditional finance in the risks that it exposes, needs to be under the regulatory perimeter."

Bitcoin and other cryptocurrencies were under pressure on Monday following last week's collapse of crypto exchange FTX, while rival exchanges sought to reassure jittery investors of their own stability. {nL4N32A0P7}

"There need to be strong regulatory guardrails," Brainard said, noting that could include bringing some crypto finance into compliance with existing rules and in some cases expanding regulation.

Brainard has previously said national and international cooperation would be needed, to ensure compliance with existing regulations and tailor new ones.