Fed's Bowman: more 75 basis-point hikes should be on the table 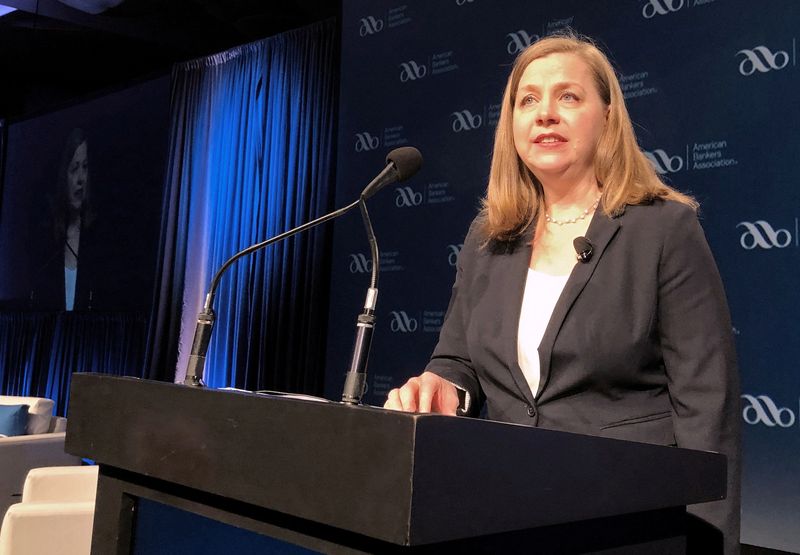 "I supported the FOMC's decision last week to raise the federal funds rate another 75 basis points," Bowman said in prepared remarks to a Kansas Bankers Association event in Colorado, referring to the Federal Open Market Committee that sets monetary policy. "My view is that similarly-sized increases should be on the table until we see inflation declining in a consistent, meaningful, and lasting way."

A procession of policymakers this week have shown stiffening resolve to continue the aggressive monetary tightening, with nearly all of them making plain the central bank remains determined to press ahead with rate hikes until it sees strong and long-lasting evidence that inflation is on track to back down to the Fed's 2% target.

Fed Chair Jerome Powell already flagged last week the central bank may consider another "unusually large" rate hike at the Sept. 20-21 meeting, seen as a decision between a 50 basis- point or 75 basis-point move, with officials guided in their decision making by a ream of critical data points covering inflation, employment, consumer spending and economic growth between now and then.

Inflation has for months confounded expectations that it would ease and is now, by the Fed's preferred measure, running at more than three times the target.

The Fed is under renewed pressure to deliver another 75 basis-point interest rate hike at its upcoming meeting next month as fresh data on Friday showed job gains unexpectedly accelerating despite soaring inflation and rising borrowing costs.

Bowman added that she still retains an open mind on the magnitude of hikes depending on how the economy evolves.

"While I expect that ongoing rate increases will be appropriate, given the uncertainty in how those data and conditions will evolve, I will allow that information to guide my judgment on how big the increases will need to be," she said, although she noted that she expects supply-chain issues partly driving inflation to likely persist.