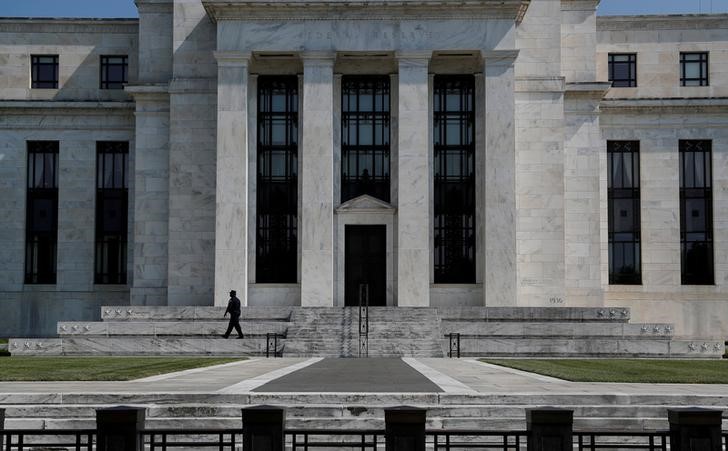 (Bloomberg) -- The Federal Reserve probably needs to raise interest rates by 50 basis points at each of its next three or four meetings and will likely have to endure a recession to help get inflation back down to its 2% target, according to the central bank’s former vice chair Alan Blinder.

Fed Chair Jerome Powell and his colleagues are expected to raise rates by a half percentage point at their policy making meeting next week, marking the second straight such increase. They’ve lined up a similar-sized hike for July, but have left their options for the following meeting, in September, open.

“If the picture stays roughly the way we think it will look as of today, then I think they’re going to need more than two 50s,” in June and July, Blinder said. “Maybe three or four meetings of 50.”

Blinder, who served on the Fed in the 1990s under then-chief Alan Greenspan, sees a recession next year as likely: he puts the odds of one occurring at “somewhat above” 50%. The Fed will need to be “really, really lucky” to avoid a contraction in gross domestic product, he said in an interview Wednesday.

The US central bank is trying to engineer a soft landing of the economy -- reduce decades-high inflation toward acceptable levels without triggering a recession. The consumer price index, due Friday, is projected to show prices climbed 8.2% in May from a year ago and 0.7% from April, likely driven in particular by items like food and energy.

Blinder, who’s now a professor at Princeton University, said inflation might rise in the near term because of disruptions in commodity markets from Russia’s invasion of Ukraine and supply-chain backups stemming from lockdowns in China to combat Covid-19.

But eventually those pressures will dissipate, he said. That will leave what Blinder reckons is roughly two percentage points of domestic-demand-driven core inflation that the Fed will need to take care of.

Under an old economic rule of thumb, it would take four or five years of 1-percentage-point higher unemployment to reduce inflation by 2 percentage points, he said. “They have to be thinking about doing something like that,” Blinder said of the Fed.

He acknowledged that there are risks. The longer inflation stays elevated, the greater the chance it affects expectations and becomes entrenched in the economy.

Fortunately for the Fed, that hasn’t happened yet -- longer-term inflation expectations remain contained, and there’s been no evidence of a wage-price spiral, Blinder said. Also, the job market is in a strong position, with unemployment at a near 50-year low of 3.6%.

“I’m hoping for a recessionette,” a modest economic downturn without a severe rise in unemployment, Blinder said.