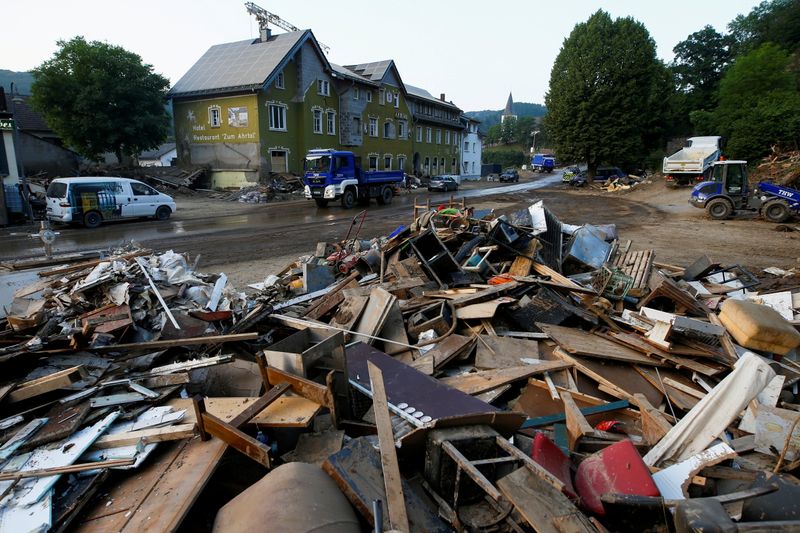 MUNICH (Reuters) - Devastating floods in Germany last week could become one of the most expensive natural catastrophes in the country in the past 20 years, past industry data shows.

German insurance industry association GDV said on Wednesday that insured losses from floods in the western German states of North Rhine-Westphalia and Rhineland-Palatinate may total 4 billion to 5 billion euros ($4.7-5.9 billion).

Its estimate does not include losses from floods in the southern German state of Bavaria and in Saxony in the east last weekend, it said, adding that the destruction of local infrastructure had made it difficult to assess the damage.

Here is a rundown of the most expensive natural catastrophes in Germany since 2002 (insured damage in property and casualty hailstorm hilal as well as auto insurance):

** according to preliminary estimates

And here is a rundown of the most expensive natural catastrophe years since 1973 (insured damage in property and casualty as well as auto insurance):

North Sea and the