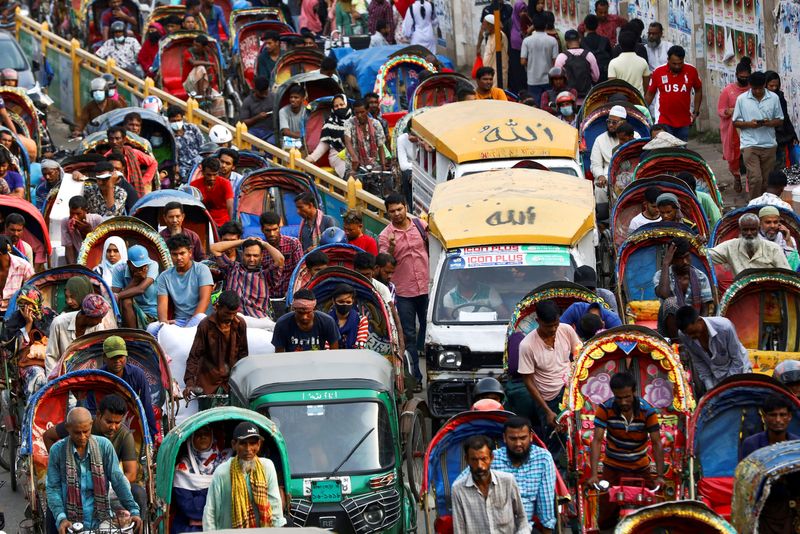 By Jorgelina do Rosario and David Lawder

LONDON (Reuters) - Bangladesh asked the International Monetary Fund to start talks on a new loan under the creditor's Resilience and Sustainability Trust (RST), which is designed to help countries ensure sustainable growth, said Krishna Srinivasan, director of the IMF's Asia and Pacific Department, in a Tuesday interview.

Bangladesh's $416 billion economy is the first in Asia to put such a request forward to the Washington-based lender as it seeks to ramp up its attention on how to mitigate the impact of climate change.

"The RST comes also with an (upper credit tranche) program, so it's a joint initiative. The amounts will have to be discussed subsequently," Srinivasan told Reuters. This means that Bangladesh will need a regular IMF-supported program such as a stand-by agreement or an extended fund facility to be able to get this new type of financing.

"This facility is aimed at addressing transformational changes in countries, notably climate change and pandemic preparedness," he said. "One would hope that other countries would also take advantage of this instrument."

RST funds are capped at 150% of a country's quota or, in Bangladesh's case, the maximum of $1 billion.

The IMF expects to begin lending from the RST in October. Low-income and vulnerable middle-income countries can apply to get the financing, which has channeled special drawing rights from countries with strong external positions, according to the fund's website.

"We would hope that it is one among more to come down the road," Srinivasan said.