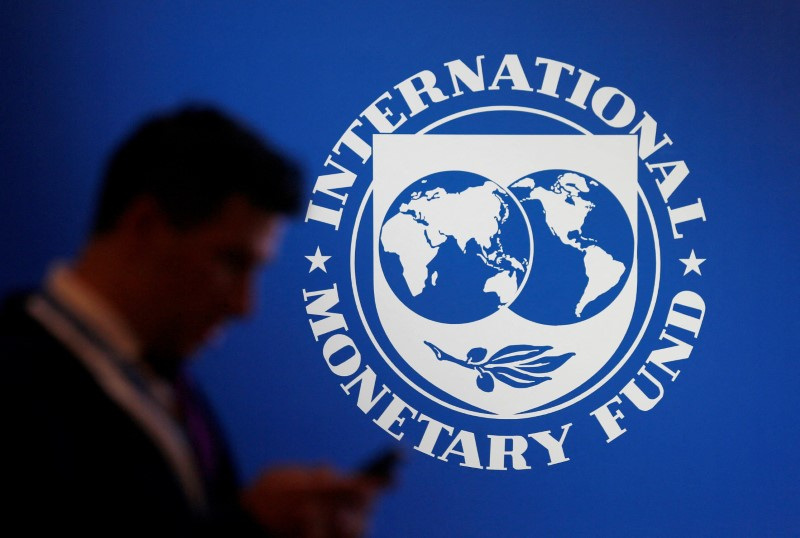 By Jorgelina do Rosario and Andrea Shalal

LONDON/WASHINGTON (Reuters) - The International Monetary Fund is looking for ways to provide emergency funding to countries facing war-induced food price shocks and will discuss measures at an executive board meeting on Monday, sources familiar with the matter told Reuters.

The plan, which has not previously been reported, will be presented at an informal board session.

It would allow the IMF to help Ukraine and other countries hit hard by Russia's war in Ukraine without imposing conditions required in a regular fund program, said the sources, who asked not to be named since the matter is still under review. The size and scope of the measures was not yet clear.

A formal vote backing the measure - which has been developed by the IMF staff in recent months - is expected before the Fund's annual meetings in October, the sources said.

If approved, it would temporarily increase existing access limits and allow all member countries to borrow up to an additional 50% of their IMF quota under the IMF's Rapid Financing Instrument, and the Rapid Credit Instrument that serves low-income countries, the sources said.

"The concept is simple, but it could help many countries," said one of the sources.

Food prices surged worldwide after the start of the war given blocked supply routes, sanctions and other trade restrictions, although a UN-brokered deal that allowed resumed exports of grain from Ukrainian ports last month has begun to help improve trade flows and lower prices in recent weeks.

The Washington-based lender projected in July that inflation will reach 6.6% in advanced economies this year, and 9.5% in emerging market and developing economies, posing a "clear risk" to current and future macroeconomic stability.

Many African countries and other poor nations suffering food shortages and acute hunger have clamored for increased funds, but it was not immediately clear how many countries would seek the additional financing aid.

The IMF proposal would offer some limited help to Ukraine, but its officials say they need a "full-fledged" financing package as they scramble to keep the government running while fighting the first major war in Europe since World War Two.

An IMF spokesperson last week told Reuters the global lender "continues to closely engage with the Ukrainian authorities and is currently exploring all feasible options to provide further support to Ukraine in these challenging circumstances."

Ukraine's overseas creditors have backed a two-year freeze in payments on almost $20 billion in international bonds, but the country must make $635 million in principal payments on prior IMF loans beginning in mid-September.

The IMF in March approved $1.4 billion in emergency funding for Ukraine under the RFI instrument to help meet urgent spending needs and mitigate the impact of the war. Its economy is expected to contract by 35% this year.

Russia's war against Ukraine has altered global patterns of trade, production, and consumption of commodities in ways that will keep prices at historically high levels through the end of 2024, the World Bank reported in August.

Food is the single largest category in inflation baskets - the selection of goods used to calculate the cost of living - in many developing nations, accounting for around half in countries like India or Pakistan and on average for some 40% in low-income countries, IMF data shows.