European stocks fall as rate hike worries seep back in 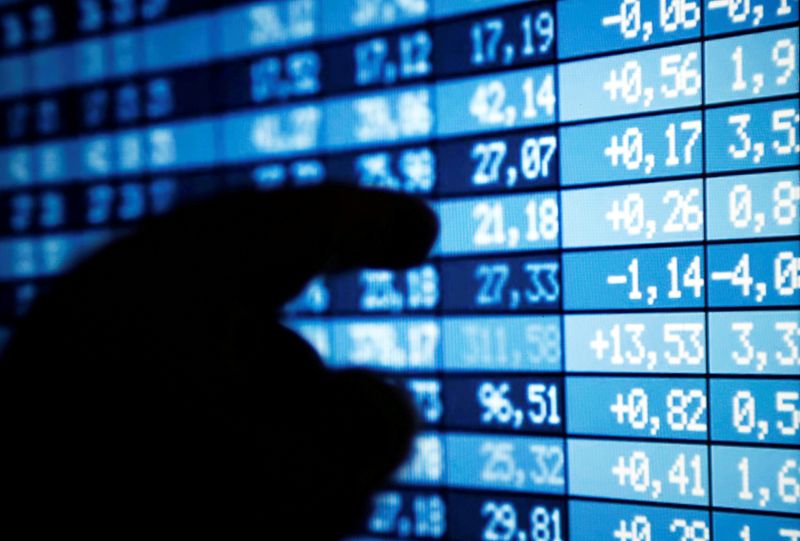 (Reuters) -European stocks slumped on Thursday, with most cyclical parts of the market coming back down, a day after U.S. inflation data fuelled worries about the impact of rising interest rates on economic growth.

The continent-wide STOXX 600 index slid 0.8%, reversing much of the mid-week gains. Technology, automakers and mining stocks were the top losers among sectors.

This comes a day after investors bet on bigger rate hikes by the Federal Reserve after consumer prices moderated in April but were still higher than economists expected.

"We expect inflation data to remain a central concern for both policymakers and investors over the coming months," Mark Haefele, chief investment officer at UBS Global Wealth Management said in a note.

"Rapid wage growth and strong demand could result in sustained price increases for services, forcing the Fed to continue raising rates even if goods prices stabilize."

Worries about monetary policy tightening, an economic slowdown in China and surging inflation have stoked worries about recession, pushing the STOXX 600 to shed 6.7% so far in May even though first-quarter earnings have been largely supportive.

Adding to worries, Russian gas flows to Europe via Ukraine fell by a quarter after Kyiv halted use of a major transit route, the first time exports via Ukraine have been disrupted since the invasion.

"Europe is currently facing negative supply shocks, which only got worse after the Russian invasion of Ukraine," Morgan Stanley (NYSE:MS) analysts wrote in a client note.

"The surge in energy prices has been more persistent than expected, leading to a compression in profit margins for firms and households' disposable income, which ultimately turned into a drag on consumption and investment."

A volatility gauge of euro zone stocks rose to above 33 points.

Siemens fell 2.5% after it said it will quit the Russian market due to the war in Ukraine, taking a 600 million euros ($630.18 million) hit to its business during the second quarter.

Franco-Italian chipmaker STMicroelectronics gained 4.0% even as it forecast more than $20 billion in annual sales by 2027 at the latest.

Britain's biggest broadband and mobile operator BT rose 1.0% after saying it had finalised the deal to combine its sports broadcasting unit with Discovery (NASDAQ:WBD) Inc, as it met expectations for annual core earnings.

Analysts now expect profit for STOXX 600 companies to grow 42.4%, as per Refinitiv data, up from 20.8% seen at the start of the earnings season. Nearly 65% of the European companies have reported so far.