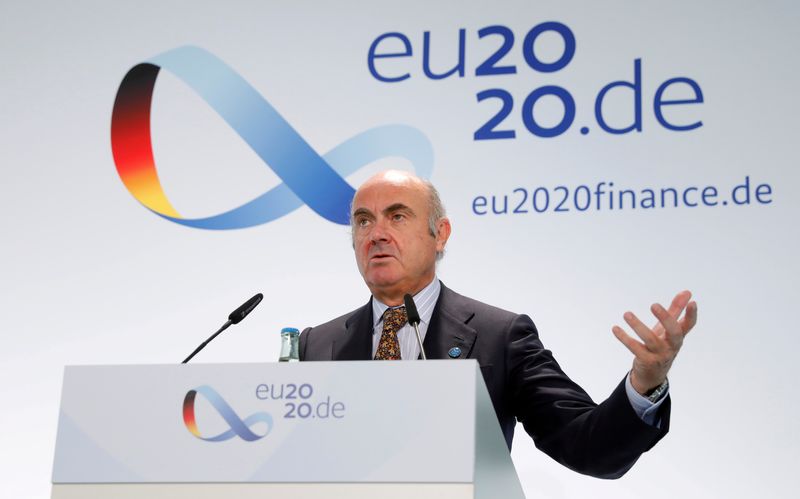 © Reuters. FILE PHOTO: Vice-President of the European Central Bank (ECB) Luis de Guindos gives a statement during the second day of the Informal Meeting of EU Ministers for Economics and Financial Affairs in Berlin, Germany September 12, 2020. Odd Andersen/Pool via

FRANKFURT (Reuters) - The euro zone's economic slowdown - or possibly recession - will not be enough to control inflation, and the European Central Bank will have to keep raising interest rates, ECB Vice President Luis de Guindos told a Portuguese newspaper.

"The slowdown of the economy is not going to 'take care' of inflation on its own," Expresso quoted de Guindos as saying on Friday.

"The slowdown of the economy will reduce demand pressures, which will lower inflation," he added. "But, simultaneously, we have to act from the monetary policy standpoint to keep inflation expectations anchored and avoid second-round effects."