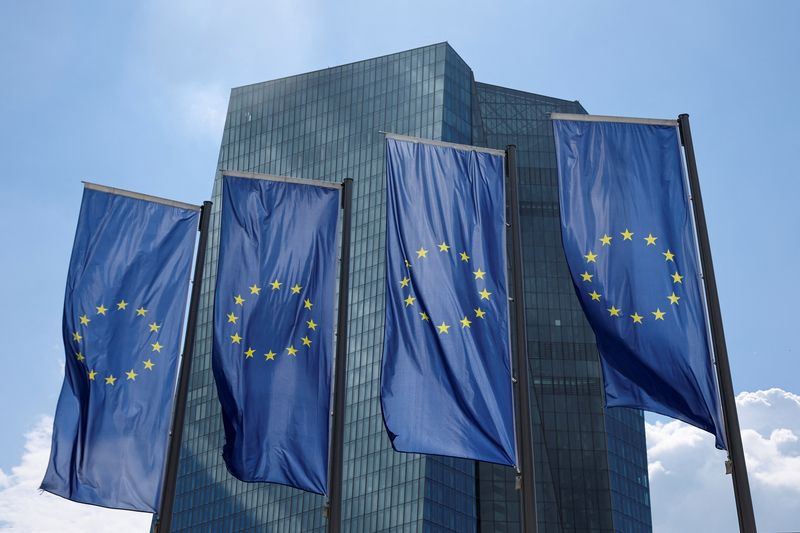 BRUSSELS (Reuters) - Euro zone governments should coordinate fiscal policies for 2023 so as not to clash with the European Central Bank's efforts to curb inflation and should keep up investment during the expected economic slowdown, the European Commission said on Tuesday.

The Commission's recommendations for the 19 countries sharing the euro are part of the EU's annual policy coordination under which the EU executive arm works out the best policy mix for the currency bloc as a whole.

The coordination is all the more important this year because of the war in Ukraine, the ensuing energy price crisis and the expected technical recession in Europe -- challenges that different euro zone countries often respond to differently.

"The European economy faces a year of challenges. But if we remain united and pursue a coordinated policy response, we are well-placed to face them," Economy Commissioner Paolo Gentiloni said.

One key problem is the size of support that governments provide to households and businesses to deal with record high energy costs, with the richest Germany offering a help package more than twice the size of rich peers France and Italy.

Such support not only distorts competition in the EU's single market, but also acts as a fiscal stimulus and works against the ECB's efforts to bring down record-high inflation, the Commission has said.

The negative effect is amplified by the fact that 70% of the government support measures are broad and will be hard to remove, rather than temporary and targeted to the most vulnerable in the economy, the Commission said.

"Euro area member states should continue to coordinate fiscal policies to support the timely return of inflation to the European Central Bank's 2% medium-term target," it said.

"(They should) ensure that support provided to households and companies that come under financial stress because of the energy crisis is cost-effective, temporary, and targeted to vulnerable ones, in particular SMEs," it said.

It recommended governments set up a system under which the state would subsidise a certain level of energy consumption, but anything above it would have to be paid at the higher, market price, ensuring there is an incentive for energy savings.

The Commission also urged governments not to cut public investment as the economy enters a technical recession - defined as two consecutive quarters of contractions - a task that would be made much easier by grants available from the EU's post-pandemic recovery fund.

When influencing wage developments, governments should seek a balance between protecting workers' purchasing power at a time of record consumer price rises, while limiting the so-called second-round effects on inflation, when rising wages just trigger more price increases, it added.