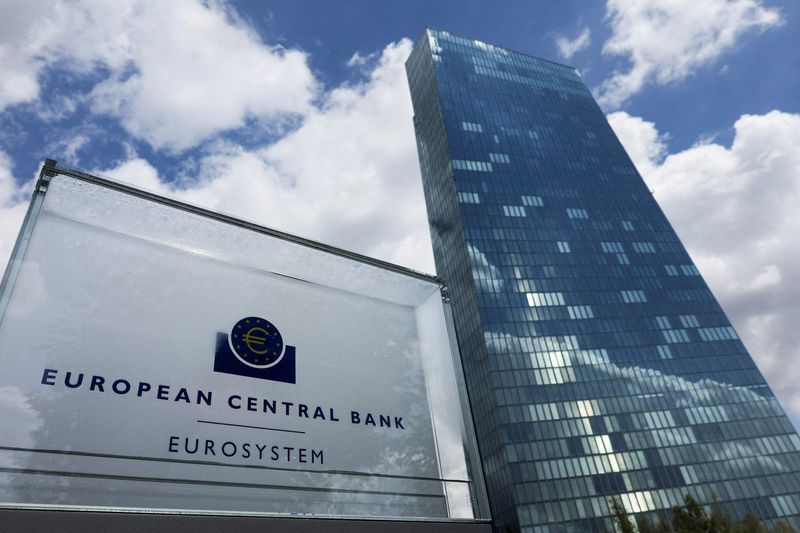 FRANKFURT (Reuters) - Risks to the euro zone's financial stability are on the rise as the economy heads for a likely recession, the European Central Bank said on Wednesday, warning that indebted households, firms and governments are at particular risk.

Surging energy costs have increase the probability of a recession to 80% and a jump in interest rates intended to tame price growth is already fuelling market volatility and higher debt service costs.

"Risks to financial stability in the euro area have increased amid soaring energy prices, elevated inflation and low economic growth," the ECB said in a biannual Financial Stability Review. "All of these vulnerabilities could unfold simultaneously, potentially reinforcing one another."

The bloc's bank sector is generally seen resilient as it built capital over the years and enjoys a surge in profitability from rising interest rates.

But there is potential for longer term trouble as the economic challenges eat into incomes that may limit borrowers' ability to service debt. Lenders also face higher costs and lower lending growth as economic prospects deteriorate.

"While the banking sector has recently seen a recovery in profitability as interest rates have risen, there are incipient signs of asset quality deterioration, which may require larger provisions," the ECB added.

Adding to the list of worries, governments' ability to keep spending is also quite limited and many are providing broad support to households to cover the cost of surging energy costs, creating "pockets" of debt sustainability concerns.

"High levels of government debt following the pandemic, paired with tighter funding conditions, limit the scope for fiscal expansion measures that do not trigger risks to

All of these factors are increasing the risk of a disorderly adjustment in financial markets with potential knock-on effects for the rest of the economy.

While household debt worries are primarily limited to lower income borrowers for now, a turn in the real estate cycle with falling prices could compound vulnerabilities.