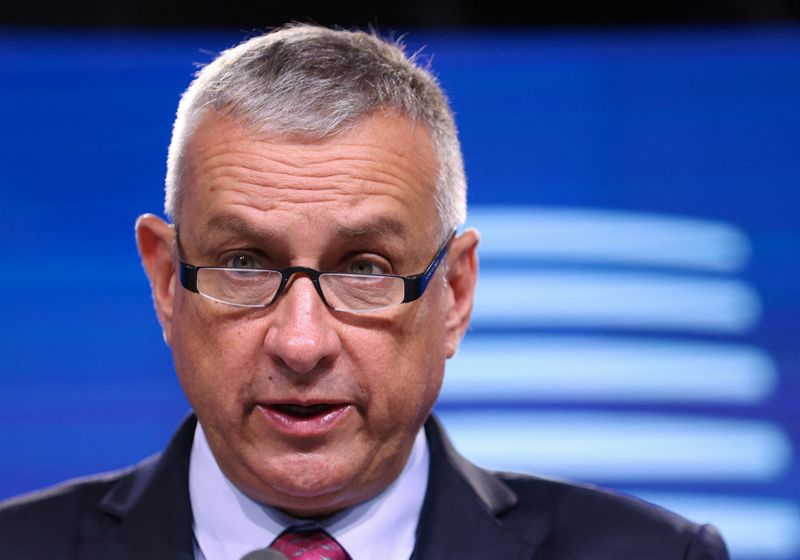 By Jason Hovet and Kate Abnett

PRAGUE/BRUSSELS (Reuters) - European Union energy ministers will attempt to approve new bloc-wide measures to pull down soaring gas and power prices at an emergency summit on Sept. 30, after Brussels announces the proposals this week.

The European Commission is drafting a package of measures aimed at cushioning individuals and businesses from surging energy costs that are stoking record-high inflation, hampering industrial activity and inflicting sky-high bills upon households ahead of winter.

Czech Industry Minister Jozef Sikela said on Tuesday EU countries' energy ministers will hold an emergency summit, giving countries an opportunity to sign off on the EU proposals - and overcome the divisions between countries on the best way to tackle the crisis.

"On September 30, we will finish what we started last week," Czech Industry Minister Jozef Sikela said in a tweet, referring to a meeting where EU ministers debated the energy measures.

"I have just convened another extraordinary Energy Council to discuss the Commission's proposals for dealing with high energy prices," Sikela said.

European Commission chief Ursula von der Leyen is expected to unveil the proposals in a speech on Wednesday - firing the starting gun on two weeks of intense negotiations, in which the EU's 27 member countries will attempt to redraft the proposals into final laws that they can all approve.

A draft of the Commission proposals, seen by Reuters, would impose a cap on the revenues non-gas fuelled generators can make from selling their electricity, and force fossil fuel firms to share excess profits. Governments would be required to use the cash to help consumers and companies facing sky-high energy bills.

EU diplomats say there is broad support for the revenue cap for non-gas generators, as well as plans to impose electricity demand cuts. But countries are split over other ideas - including a gas price cap, which was not included in the draft Commission proposals.

The draft document said oil, gas, coal and refining companies would have to contribute a third of the surplus taxable profits they make in fiscal year 2022.

An earlier draft of the proposal, seen by Reuters, had suggested the revenue limit for non-gas power generators like wind, solar and nuclear plants would be set at 200 euros per megawatt hour.