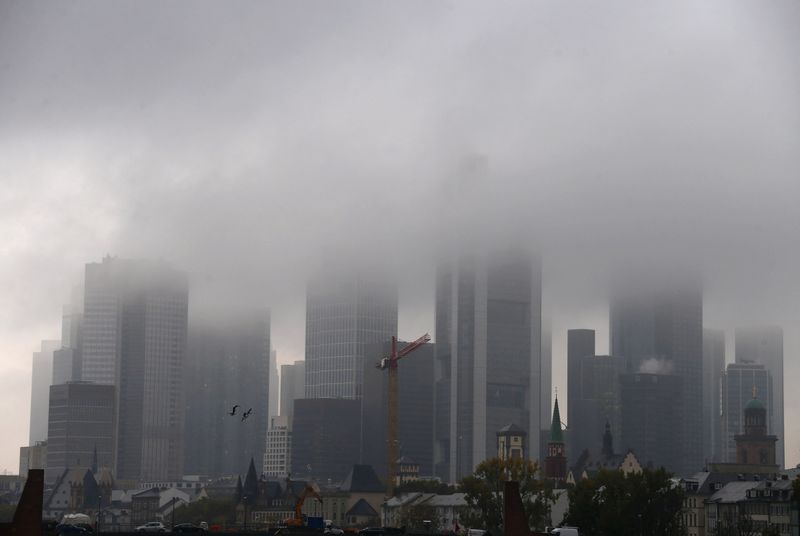 © Reuters. The skyline of the banking district is pictured in Frankfurt, October 13, 2014. REUTERS/Ralph Orlowski

LONDON (Reuters) - Banks in the European Union became more profitable in the third quarter of 2021, with government support during the pandemic helping to push down the number of loans that turn sour, the EU's banking watchdog said on Monday.

"Asset quality has further improved, but there are concerns for loans that have benefited from moratoria and public guarantee schemes not least due to general uncertainty due to Covid-19 variant, Omicron," the European Banking Authority said in its latest quarterly "risk dashboard".

"Profitability has stabilised at levels above those seen before the pandemic. The majority of banks expect a rise in operational risks mainly due to elevated cyber risks."

The core ratio of capital to risk-weighted assets in the third quarter of last year was 15.4%, down 10 basis points on the prior quarter but still well above regulatory requirements, EBA said.

The EBA findings are based on a sample of 131 banks covering more than 80% of the EU's banking sector assets.