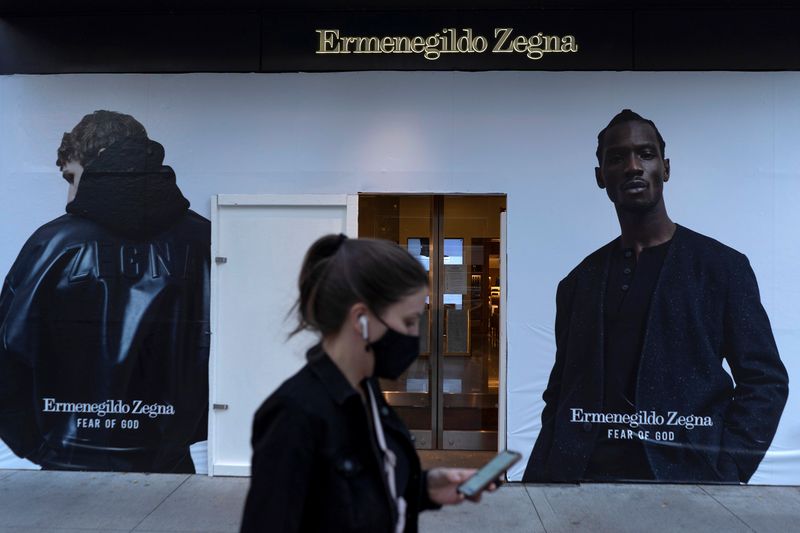 MILAN (Reuters) -Ermenegildo Zegna has agreed to list in New York this year by combining with a U.S. special-purpose acquisition company (SPAC) in a deal that gives the Italian luxury fashion group an enterprise value of $3.2 billion.

It is the latest example of an Italian family-owned fashion business seeking outside investors to bolster their finances and compete more globally, after the industry was hit hard by the coronavirus crisis.

"We could have remained independent for another 100 years, but the moment is appropriate and the world has changed a lot and luxury has become very challenging," Chief Executive Gildo Zegna told the Financial Times.

Zegna, founded as a textile company in 1910 and now a leading player in formal menswear, will raise $880 million by combining with the U.S. SPAC launched by European private equity group Investindustrial and chaired by Sergio Ermotti, former chief executive at Swiss bank UBS.

Under the terms of the deal, first reported by the FT and Corriere della Sera, Zegna will sell a portion of their holdings and retain 62% of the combined company, which is being given an equity value of $2.5 billion.

Zegna will merge with Investindustrial Acquisition Corp in a deal that will give the New York-listed entity an 11% stake in the Italian brand.

The pandemic, which forced retailers to temporarily shut shops and led to a virtual freeze in international travel, hit smaller luxury brands harder than bigger and more diversified luxury groups like LVMH and Kering (PA:PRTP).

That led some family owners to open up their companies to attract fresh funds. Etro, another Italian family-owned label, reached a deal on Sunday with LVMH-backed fund L Catterton to sell a majority stake.