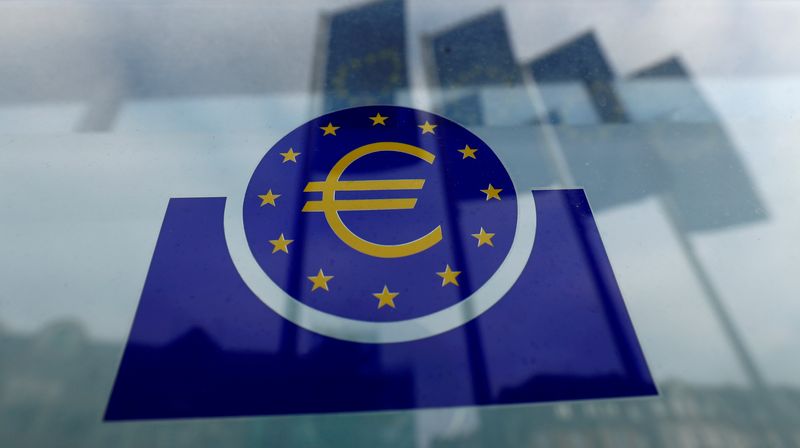 FRANKFURT (Reuters) -The European Central Bank must keep raising rates but needs to avoid overtightening as that could destroy productive capacity and deepen an economic downturn, ECB board member Fabio Panetta said on Monday.

The ECB has raised rates by a combined 200 basis points since July, its fastest pace of policy tightening on record and market pricing suggests it is just over halfway done with the next move in the form of a 50 or 75 basis point hike coming in December.

"If we were to compress demand in an excessive and persistent manner, we would face the risk of also pushing output permanently below trend," Panetta said in a speech in Florence.

"For as long as inflation expectations remain anchored, monetary policy should adjust but not overreact," he said. "The uncertainty surrounding supply and demand dynamics requires us to remain prudent as regards how far the adjustment needs to go."

While policymakers argue that inflation expectations are by and large "anchored" near the ECB's 2% target, a key market-based long-term indicator stands at 2.36% while the European Commission's latest forecast puts 2024 inflation at 2.6%, indicating upside risks.

Panetta also cautioned against moving too fast as ECB action needs time to work its way through the economy and rate hikes are already on course to deduct one percentage point from GDP growth each year until 2024.

In a notable concession to policy hawks, Panetta argued that tightening could even reach a level where the ECB would restrict growth, but this needs solid justification.

"Being prudent does not rule out the possibility of us having to move from withdrawing accommodation to restricting demand," Panetta said. "But in the absence of clear second-round effects, we would need convincing evidence that the current shocks are likely to keep having a more adverse effect on supply than on demand."