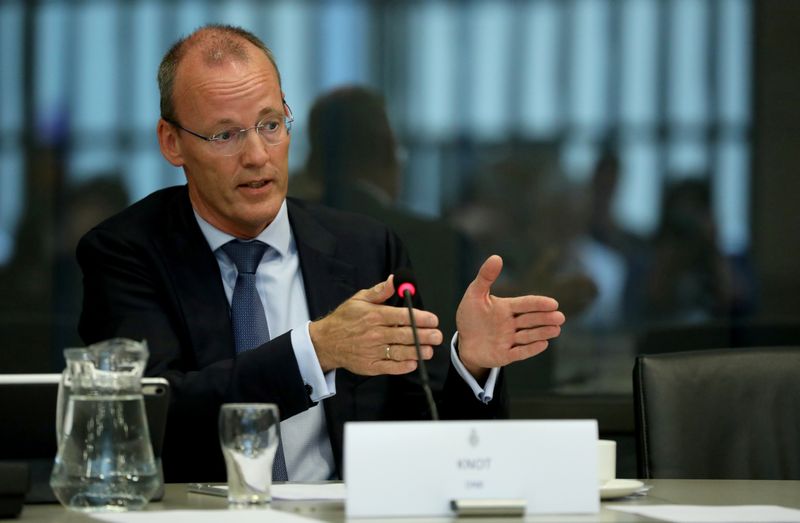 Referring to core inflation, he said: "If it continues to rise then we will continue to intensify, and there will be multiple interest rate hikes of 50 basis points."

Knot indicated he thinks 200 basis points of hikes are needed over the next several months.

"Then we'll have to look whether that's enough to bring inflation back to 2 percent in the middle to long term," he told BNR.

"If it's not enough then the interest rate will have to go up further. I can't attach a percentage to that, impossible. It will take a while to get the first two percentage points ... I don't expect we'll be there before the beginning of 2023."

Concerned by surging inflation, the ECB last week said that it would raise its key interest rates in July by 25 basis points and again in September, when a bigger increase will be necessary if the outlook has not improved.

Knot had told French newspaper Le Monde on Tuesday the ECB's options for a September interest rate hike were not limited to 50 basis points.

The Dutch central bank chief's latest comments bolster his hawkish stance on what he called "scandalously high inflation" in the interview aired on Friday.

The ECB has said it aims to raise rates towards the neutral level, where it is neither stimulating nor slowing economic growth. The neutral rate is unobservable but most policymakers put it somewhere between 1% and 2%.