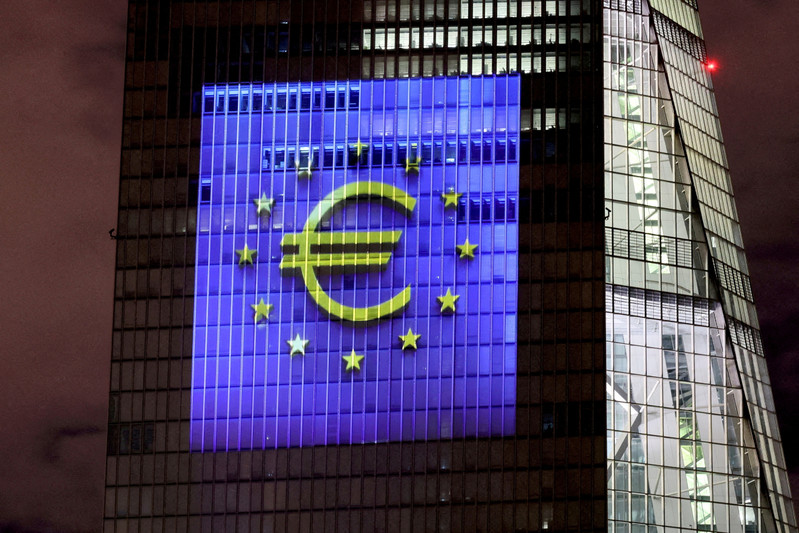 © Reuters. FILE PHOTO: A symphony of light consisting of bars, lines and circles in blue and yellow, the colours of the European Union, illuminates the south facade of the European Central Bank (ECB) headquarters in Frankfurt, Germany, December 30, 2021. REUTERS/Wol

MADRID (Reuters) - Risks to the inflation outlook in the eurozone remain on the upside and have intensified, particularly in the short term, European Central Bank policymaker Pablo Hernandez de Cos said on Tuesday.

The ECB raised its interest rates for the first time in 11 years on Thursday and guided for more hikes at its upcoming meetings.

De Cos said the bank's future interest rate policy would be taken at each meeting.