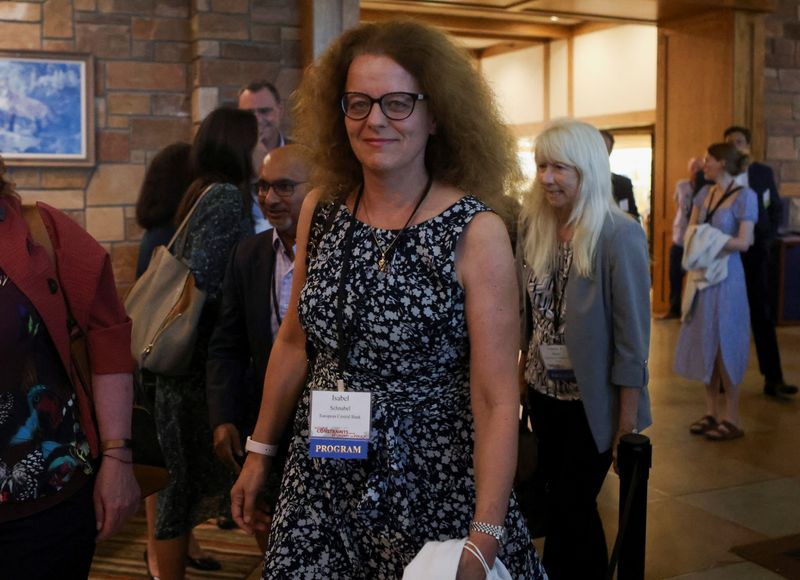 STOCKHOLM (Reuters) - The European Central Bank must adjust its monetary policy to make it more climate-friendly, even as it shrinks its bloated balance sheet to fight runaway inflation in the euro zone, ECB board member Isabel Schnabel said on Tuesday.

The ECB has been looking to support the economy's green transition but an unexpected surge in inflation along with rising interest rates has thrown a spanner in the works, requiring a new approach, Schnabel argued.

The central bank was meant to tilt its corporate bond holdings towards greener assets via fresh purchases but bond buys have now been stopped and not even all expiring debt will be reinvested, so ECB efforts have lost much of their punch, Schnabel, the head of the ECB's markets operations, said.

"We therefore need to move from a flow-based to a stock-based tilting approach for our corporate bond portfolio," she told an event organised by the Swedish Riksbank in Stockholm. "This means that, absent any reinvestments, actively reshuffling the portfolio towards greener issuers would need to be considered."

The ECB also needs to rethink how it tilts public sector bonds, which make up half of its 8 trillion euro ($8.59 trillion) balance sheet.

She said that inaction by the ECB now would force the bank to take more aggressive action later, at a greater cost to both the broader economy and climate-friendly sectors.

"We judge that interest rates will still have to rise significantly at a steady pace to reach levels that are sufficiently restrictive to ensure a timely return of inflation to our 2% medium-term target," she said.

"Failing to arrest high inflation in a timely manner would jeopardise the green transition more fundamentally."