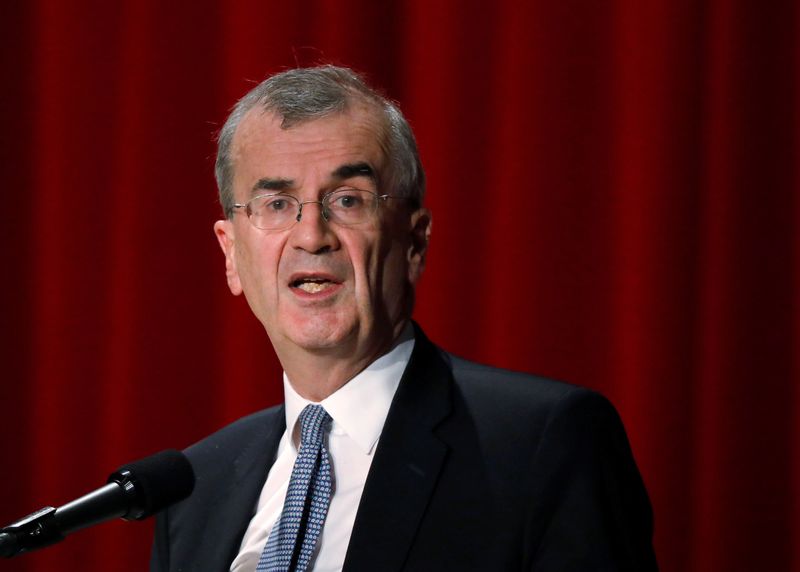 PARIS (Reuters) - The European Central Bank interest rates should reach a peak by this summer and hikes should not be "too mechanical", French ECB policymaker Francois Villeroy de Galhau said on Thursday.

The European Central Bank has delivered four successive rate hikes since July to halt a historic surge in inflation and has promised further increases to steer price growth towards its 2% target.

"It would be desirable to reach the right 'terminal rate' by next summer, but it is too early to say at what level," Villeroy, who is also governor of the French central bank, said in a New Year's address.

"We need to be pragmatic and guided by observed data, including underlying inflation, without fetishism for increases that are too mechanical," he added.

The ECB would then be prepared to remain at the terminal rate as long necessary, Villeroy said.