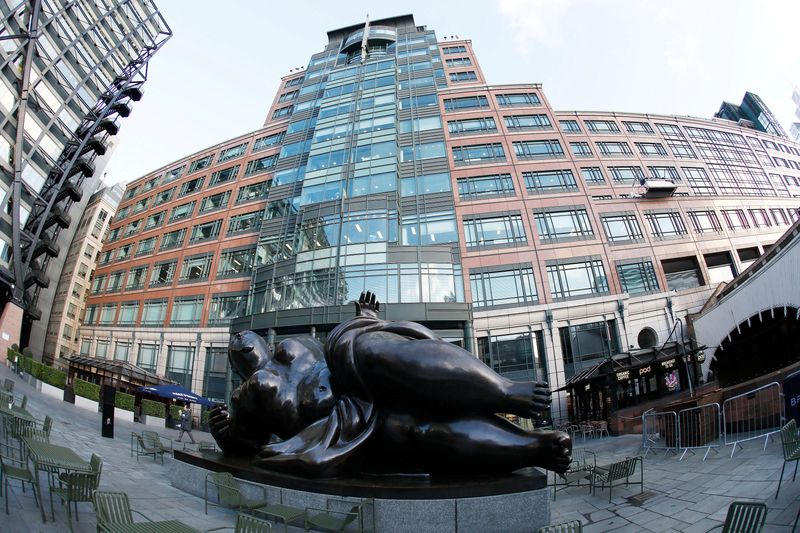 © Reuters. FILE PHOTO: The headquarters of the European Bank for Reconstruction and Development (EBRD) is seen in London, Britain, November 22, 2016. REUTERS/Stefan Wermuth

By Jorgelina do Rosario

LONDON (Reuters) - The European Bank for Reconstruction and Development urged governments in its region to rethink COVID-19 support measures for companies, warning that propping up "zombie" firms could have a knock-on effect on healthy businesses.

While corporate debt has reached a record level across the roughly 40 economies the EBRD operates in, defaults have dropped to a record low in many countries, the development bank found in its annual "Transition Report 2022/2023," which was published on Tuesday.

The bank, which covers countries stretching from Kazakhstan to Hungary and Tunisia, argued that some companies avoided default due to access to cheap credit thanks to government measures after the pandemic and Russia's invasion of Ukraine.

However, ongoing support was no longer sustainable in a world of high interest rates, the EBRD said.

"We still haven't seen the fallout from the pandemic and the war in terms of bankruptcies. Actually, bankruptcies in the new EU member states are down," Beata Javorcik, the EBRD's chief economist, told Reuters. "There is a risk of zombification if emergency measures from governments are extended for much longer."

Having zombie firms present in an economy creates negative spillovers for healthy firms, which see lower investment, revenue and employment, the EBRD warned.

Subsidised credit to companies with negative cash flows was extended through temporary payment deferrals, negotiated reductions in outstanding amounts, emergency grants and injection of liquidity by central banks, the report showed. Many countries also suspended – at least temporarily – the obligation to file for insolvency.

Any withdrawal of government credit guarantees and subsidies needs to be gradual to avoid any shock, and "should be fine-tuned to ensure that only solvent and viable firms with temporary liquidity problems receive financial assistance."

The problem is more present in economies dominated by government-run companies and banks, the EBRD found: 13% of state-owned enterprises in the 12-country sample used for the study could be classified as zombie firms, compared with 9% of privately-owned firms.

The EBRD report also showed mixed progress on reforms by countries in six key areas, from competitiveness and resilience to the way they are governed.

"Governance scores have deteriorated in many economies in the EBRD regions, driven mainly by the perceived worsening of corruption and a reduction in the freedom of the press," the report added.