Dollar edges up as boost from Fed minutes slows 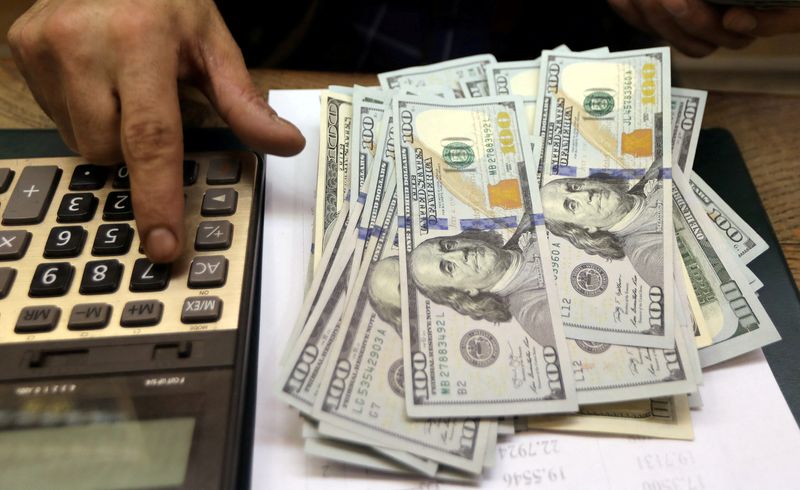 NEW YORK (Reuters) - The U.S. dollar edged up on Thursday after a sharp move in the prior session cutting declines following the minutes from the Federal Reserve's December policy meeting raised expectations for an interest rate hike and after data on the labor market and trade balance.

The minutes showed policymakers at the central bank were concerned about rising inflation, which along with a tight labor market, could result in the Fed raising rates soon than anticipated and begin reducing its asset holdings.

Traders are currently anticipating about a 70% percent chance of rate hike of at least 25 basis points at the March fed meeting, according to the CME FedWatch Tool.

"The market is paying attention more to monetary policy and that discrepancy and that is really what is driving the dollar," said John Kicklighter, analyst at DailyFX.com in Chicago.

"If you are already pricing in the probably the most aggressive, hawkish view that you are going to get, then how much further is the dollar going to go?"

Labor market data showed weekly initial jobless claims rose by 7,000 to a seasonally adjusted 207,000. Slightly above the 197,000 forecast. The data comes after a very strong private payrolls report on Wednesday in the ADP National Employment report and ahead of Friday's December payrolls report.

Analysts view 96.40 for the dollar index as a technical resistance point, with a break above likely to result in a test of the December high of 96.91.

Steven Ricchiuto, U.S. chief economist at Mizuho Securities USA LLC in New York, anticipated the dollar will appreciation in the dollar index to continue into early 2022 towards the 98 level, with an "overshoot" to 100 possible.

A report from the Institute for Supply Management showed activity in the U.S. services sector slowed more than expected in December, likely due to a rise in COVID-19 infections. However, investors have viewed the new Omicron variant as unlikely to severely crimp economic activity.

The euro down 0.19% to $1.1292 as annual inflation in Germany slowed in December for the first time in six months but remained well above the European Central Bank's 2% target, according to preliminary data on Thursday.