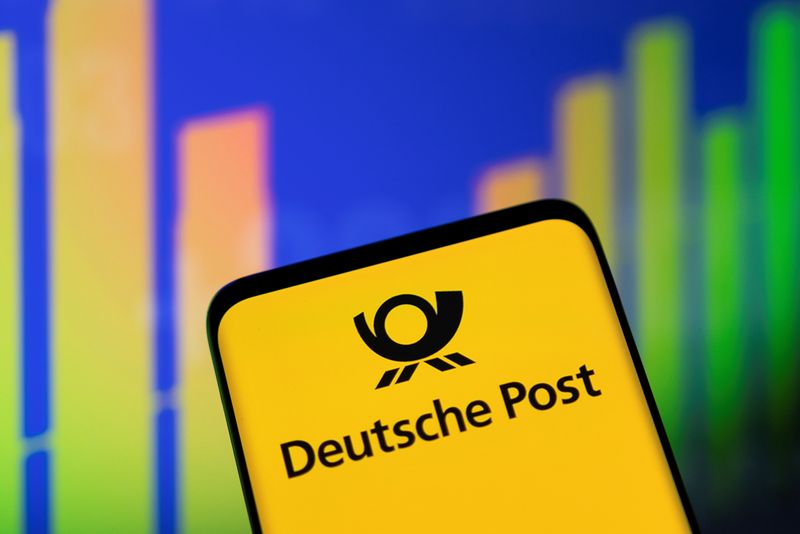 BERLIN (Reuters) -German logistics company Deutsche Post (OTC:DPSGY) reported double-digit growth in revenue and earnings on Friday and confirmed its outlook for 2022, as its flourishing freight and express business built on an already-strong start to the year.

This beat analysts' expectations of revenue of 21.8 billion euros and EBIT of 2 billion euros, according to a poll posted on the company website.

Net profit after non-controlling interests came in at 1.5 billion euros in the second quarter, up from 1.3 billion euros a year ago.

"Thanks to our strong balance sheet, we can proceed as planned with our targeted investments of around EUR 12 billion by 2024," said CFO Melanie Kreis.

The company said it still expects 2022 EBIT of between 7.6 and 8.4 billion euros, even in the case of a global economic turndown in the second half of the year.

"With unchanged business momentum, the Group even considers an EBIT of more than EUR 8.4 billion being achievable," it added.