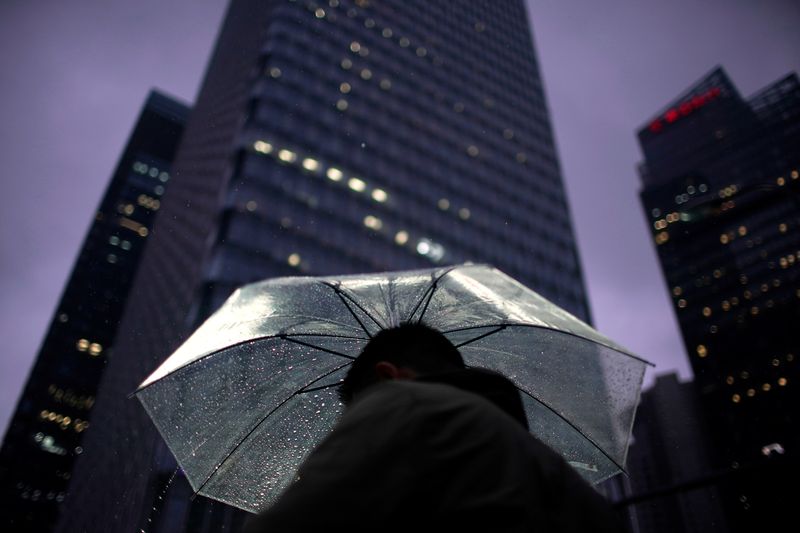 (Reuters) - China and its companies will continue to attract foreign investments, but tensions on a number of issues like trade and tech with the United States increases the risk of a decoupling between the two economies, an economist and a strategist said.

China's management of recent crises while maintaining its leading position as a global manufacturing hub, along with the Biden administration not escalating the Trump-era tariff-war are seen as positives, they told the Reuters Global Markets Forum.

"The adversities – trade war and COVID-19 – which (were) thought to be detrimental to China's position as the 'world's factory', have been turned into triumphs," Aidan Yao, senior emerging Asia economist at AXA Investment Managers, said.

According to a recent AXA Investment Managers report on China's supply chain industry, the country's global export market share rose to 15.1% in 2020 from 13.2% at the end of 2017 before the trade war began, Yao said.

"That's why it's not surprising that foreign firms are keen to invest more in China, particularly as COVID-19 continues to wreak havoc elsewhere," he added.

Foreign investors will want a larger share of the Chinese pie, "as long as there is an economy growing, some innovative firms, some stable currency, some government bonds yielding well above U.S. Treasuries," said Frank Benzimra, head of Asia equity strategy and global asset allocation at Societe Generale (OTC:SCGLY).

However, there is a risk of a decoupling between China and the United States, Benzimra said.

Yao said China's recent regulatory crackdown on companies were actions to de-risk its financial system, encourage fair competition and improve data security, but the case of Didi Global was an example of intensified mistrust between the United States and China.

"This may be a start of U.S.-listed Chinese companies coming home, which will benefit HKEX (Hong Kong Exchanges and Clearing) and (Chinese) A-shares," Yao said.

"Both sides would want to preserve the current, delicate balance – of a lot of posturing, but without tangible actions following through," Yao said.