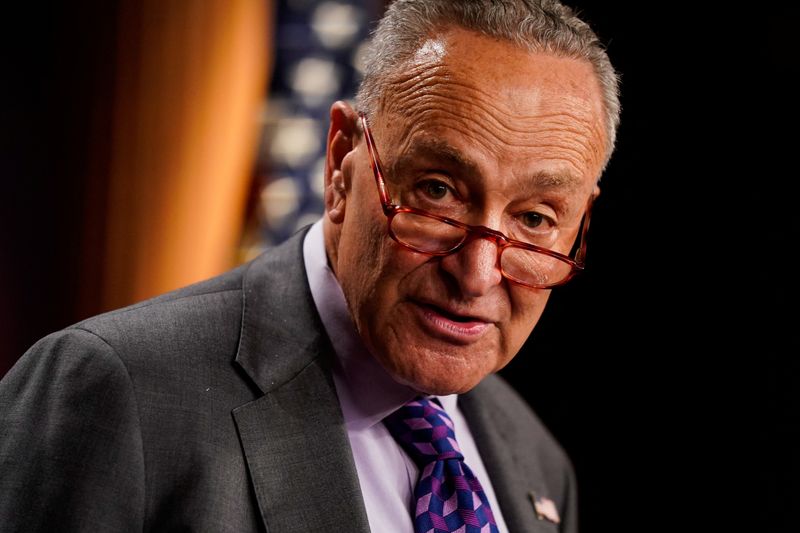 WASHINGTON (Reuters) - U.S. Senate Democratic leader Chuck Schumer said on Thursday that Democrats would add provisions on insulin to the energy, tax and prescription drug bill they are aiming to pass next week.

Schumer and Democratic Senator Joe Manchin announced on Wednesday a deal for a bill that Democrats will try to pass under a parliamentary maneuver that requires a simple majority vote instead of 60 votes like most legislation in the Senate.