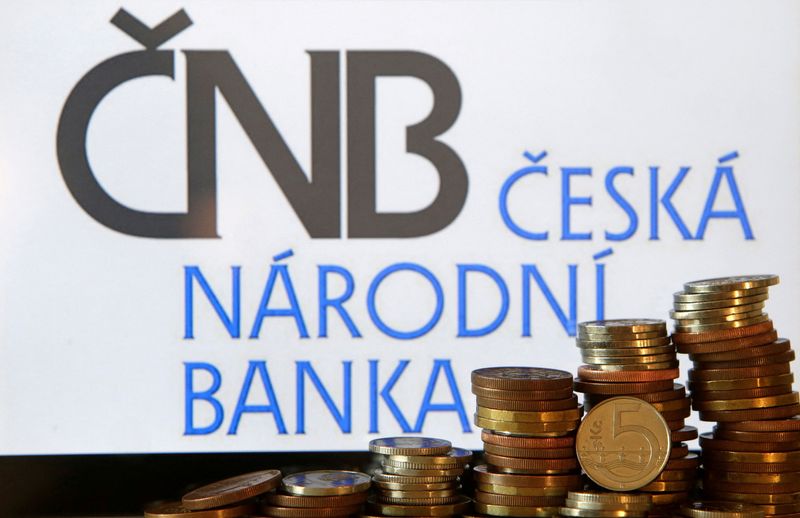 PRAGUE (Reuters) - Czech National Bank Vice-Governor Eva Zamrazilova is not likely to vote for a rate cut this year as she expects little chance of inflation slowing in a sufficient way, local media quoted Zamrazilova as saying on Wednesday.

The central bank kept its main interest rate unchanged at 7.00% in August, after hiking by a total 675 basis points since June 2021. It was the revamped board's first meeting under new Governor Ales Michl, who had opposed policy tightening as a board member.

Zamrazilova, one of three new faces among the seven board members, voted for stable rates on Aug. 4, and she told Reuters last week she would probably maintain her stance at the Sept. 29 meeting.

When asked by Denik N daily paper how she was going to vote next week, Zamrazilova said no inflationary information had appeared since the last policy meeting.

She also reiterated that in order to consider a rate cut, inflation heading towards the central bank's 2% target would have to be clear and lasting.

"Until there is certainty that inflation is heading reliably not only towards one-digit levels, but right towards 2%, until then we cannot consider easing of monetary policy," she said in the interview published on Thursday.

When asked whether such development could be expected this year, Zamrazilova said the chances were "negligible."

Although inflation slowed in August for the first time in over a year, it was still very far from the central bank's target as it came out at 17.2%, made worse by surging energy costs following Russia's invasion of Ukraine.