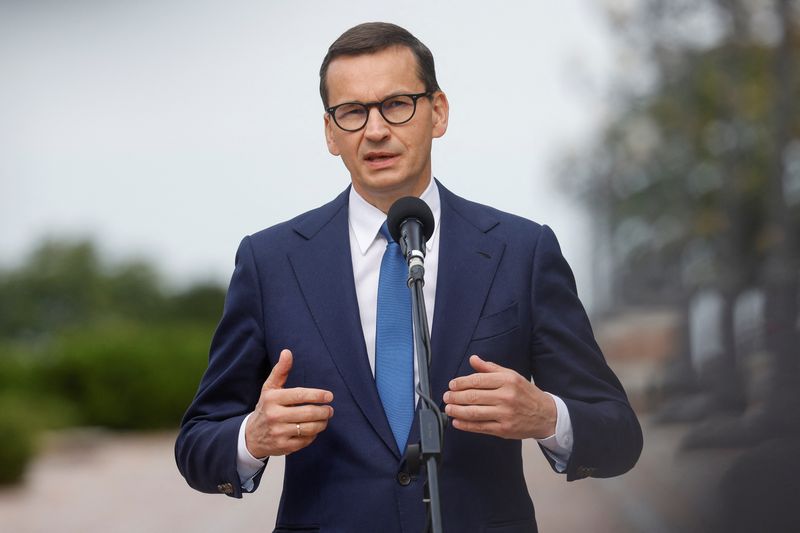 The country plans to freeze prices for households using up to 2000 kilowatt-hours a year. In addition, a 10% cut in electricity use will be rewarded with a 10% price cut as an incentive to save energy.

"Combined all these support measures are a huge cost, adding it all and including support for energy intensive companies tops 30 billion zloty," Morawiecki told a news briefing.

Like all European Union members Poland has felt the pinch of the energy crisis. The country protects households by regulating gas and power prices but companies and Poles using coal for heating have been among the most exposed to surging prices.

Other measures announced Thursday include mandatory savings of 10% of electricity use by government offices and municipal administration. Morawiecki said that 66% of Polish households will pay unchanged power bills next year.

Poland has already earmarked 11.5 billion zloty for coal subsidies for households and additional 13.7 billion for municipalities grappling with the burden of soaring energy bills.

Separately it has provided state-controlled gas company PGNiG with up to 55 billion zloty of state guarantees to secure financing for liquidity and created a 10 billion zloty fund to compensate the difference between gas prices on the market and those the company charges to household customers.