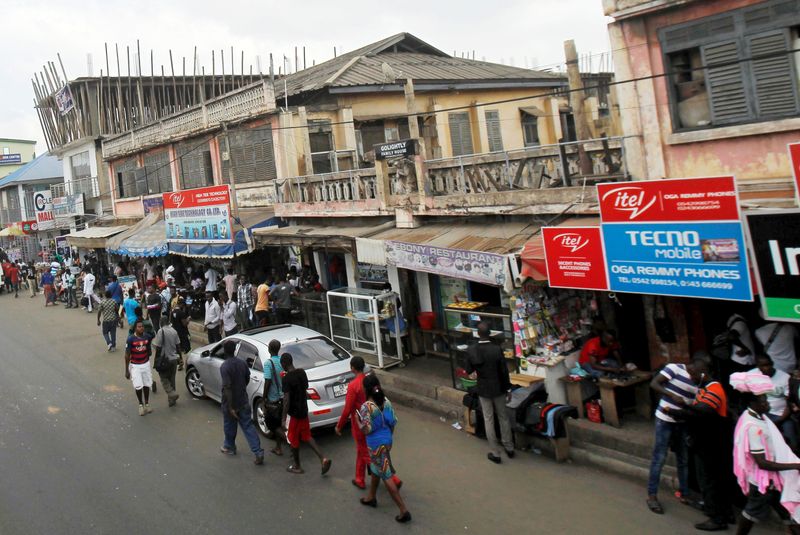 ACCRA (Reuters) - Ghana's government and trade unions on Thursday agreed to increase all public servants' salaries by 30% for 2023, they said in a joint statement, as the country struggles to reduce debt and tackle rampant inflation.

The West African gold, oil and cocoa producer is battling its worst economic crisis in a generation.

The local cedi dropped heavily against the dollar last year as government spending cuts and central bank interest rate hikes failed to tame inflation, which rose to a new high of 54% last month.

The two parties on Thursday settled on a 30% increase to base pay across board, effective from Jan. 1, 2023.

Ghana's government announced sweeping spending cuts in March, including a lowering of ministers' salaries, to reduce the deficit, contain inflation and slow the cedi's slide.

But it also increased a cost of living allowance for public workers by 15% in July, citing the impact of "global challenges" on citizens.

Ghana secured a staff-level agreement with the IMF for a $3 billion, three-year support package in December, but needs to restructure its debt to access the funds.

The government launched a domestic debt exchange programme last month and later said it would default on nearly all of its $28.4 billion of external debts.

It asked to restructure its bilateral debt under the G20 common framework platform this week.