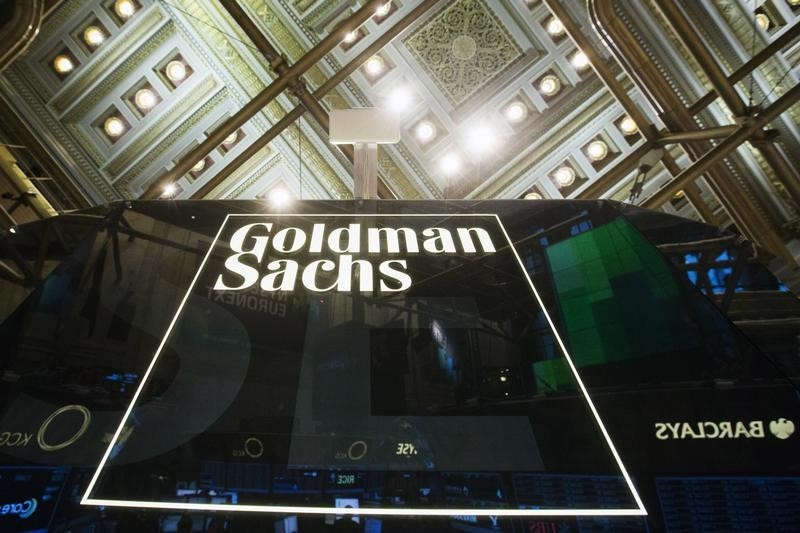 ORLANDO, Fla. (Reuters) - The parallels between the Federal Reserve's interest rate hikes of 1994-95 and the cycle now underway are becoming clearer, and policymakers are hoping for a similar outcome: no recession.

Fed Chair Jerome Powell signaled on Wednesday that he and his colleagues want to get as much tightening done in as short a period as the strong labor market will allow, and cross their fingers that they get away with it.

In light of the extreme volatility unleashed across U.S. markets since the 50 basis point rate rise and Powell's subsequent press conference, however, they may have to cross more than just their fingers.

Investors initially welcomed Powell's dismissal of 75 basis point moves for at least a couple of meetings - stocks jumped 3%, bonds rallied, credit spreads tightened and the dollar slumped. All in all, a significant loosening of financial conditions.

But Thursday's reversal was even more violent, suggesting the Fed's window to engineer a soft landing for the economy is small.

The Fed's tightening cycle that started in February 1994 spanned 12 months and saw interest rates double to 6%. It is unique in that it remains the only one in the last 50 years that can be considered aggressive yet was not followed by recession.

Money market pricing points to the current cycle culminating in around 325 basis points of tightening over 15 months or so.

"The Fed is broadly committed to reaching neutral quickly this year, but less certain of what path to take after," TD Securities analysts wrote on Wednesday.

Estimates of when rates will peak are being brought forward to the second quarter of next year from the third, and forecasts for that terminal rate are being trimmed. Slightly.

Economists at Goldman Sachs (NYSE:GS) and Morgan Stanley (NYSE:MS) were among those who kept their fed funds terminal rate forecast at 3-3.25% but brought it forward by three months to Q2 next year. That's more in line with U.S. money market pricing.

The peak terminal rate implied by the June 2023 Secured Overnight Financing Rate rose to a new high of 3.48% on Wednesday before plunging to 3.19% as Powell spoke. That was more than a full quarter point rate hike wiped off the curve.

Even though it rebounded on Thursday along with rates and yields across the maturity spectrum, it remains below Wednesday's peak, around 3.35%. This fits with the view that the Fed's tightening cycle could be fairly short and not as aggressive as previously thought.

The Fed is hoping two factors buy it time: strong household and business balance sheets, and a booming labor market. Household net worth at the end of last year hit a record $150 trillion, while the current unemployment rate of 3.6% is close to the lowest since the 1960s.

But downside risks to growth are building, especially if a 1994-style rapid tightening cycle is to be repeated. They include tighter fiscal policy, depressed consumer confidence, heightened geopolitical uncertainty, and a slowdown in China.

The U.S. economy's surprise 1.4% contraction in the first quarter is a reminder that the post-pandemic reopening was never going to be a smooth process.

"As growth slows, we expect the Fed will inject smaller moves and/or pauses into an otherwise rapid tightening cycle," said Allison Boxer, U.S. economist at PIMCO.

Powell on Wednesday said that job growth will likely slow in the coming months, and that there is a "good chance" the Fed will manage a "soft or softish" landing. But it will be a challenge.

It may seem obvious, but the Fed's ability to pull off a repeat of 1994 is further complicated by two major factors: inflation and quantitative tightening.

Consumer prices are rising at the fastest pace in 40 years, and the Fed is on course to reduce its balance sheet by more than $1 trillion a year once it gets up to full speed.

The persistence of inflation could yet force the Fed to go even more aggressive on rates, perhaps with one or more increases of 75 basis points, while markets may react adversely to QT.

Powell will be crossing his fingers neither comes to pass.

(The opinions expressed here are those of the author, a columnist for Reuters.)