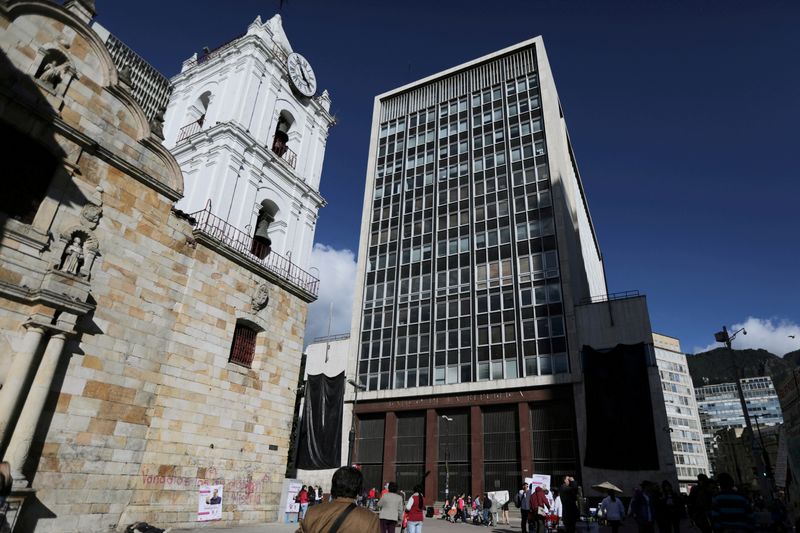 BOGOTA (Reuters) - Colombia's central bank could hike its benchmark interest rate to 9% at its meeting next week, maintaining rate-increase intensity amid persistent inflation while reaching the end of expected raises, a Reuters poll revealed on Friday.

The survey saw 10 out of 14 analysts predict that the bank's seven-member board would raise the benchmark interest rate by 150 basis points from its current level of 7.50%.

If the majority are correct, the bank's benchmark rate will hit its highest level since February 2009.

The rise would follow persistent inflation, which hit 9.67% in June, the highest level in 22 years and far from the bank's 3% target.

"The fall of the peso in recent weeks and the deterioration of external conditions have increased the risks of much higher inflation in the short term," he added.

Seven of the analysts said they expect this to be the last increase of the benchmark rate, while the rest expect one more rise to come.

"Our central scenario is that the central bank raises the rate to 9.50% this year, but we wouldn't be surprised to see a more restrictive rate if prices of raw materials don't continue to fall as they have in recent weeks," Abadia said.

All of the analysts ruled out any possibility that the bank would adopt measures to contain the volatility of the Colombian peso, following an accelerated depreciation that took it to record lows this month.