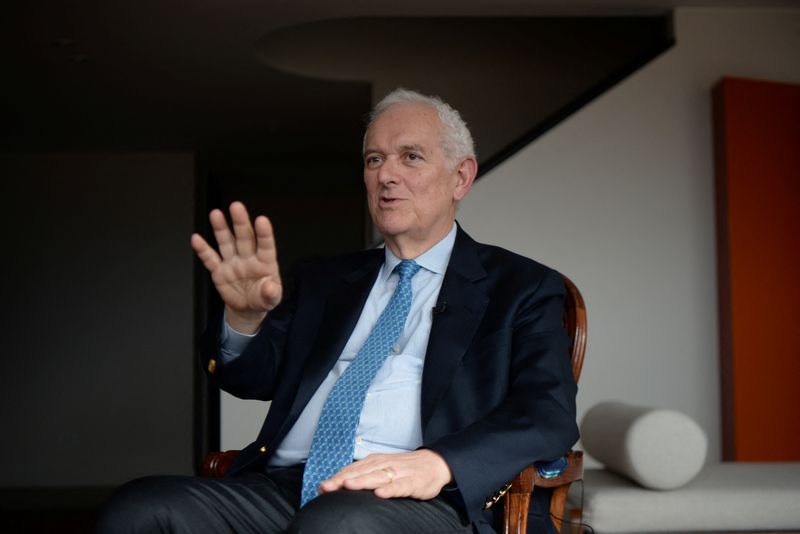 The South American country has already met its targeted debt level in foreign and local markets this year.

Ocampo had previously shut down the possibility of looking for financing in international markets in recent months due to the high costs of debt caused by rising interest rates worldwide, saying Colombia would focus on multilateral banking instead.

"If this trend (of decreasing international financing costs) continues, as we have seen in recent days, the possibility of going to the private international market will also be open for the government," Ocampo said at a forum in Bogota.

At the same time Ocampo attributed exchange rate movements - where Colombia's peso has depreciated strongly in the last three days - to high levels of market speculation.

"Last week we had the best performance in Latin America. We hope that this will level out, but this week we are again seeing a lot of speculation in exchange rates," he said.