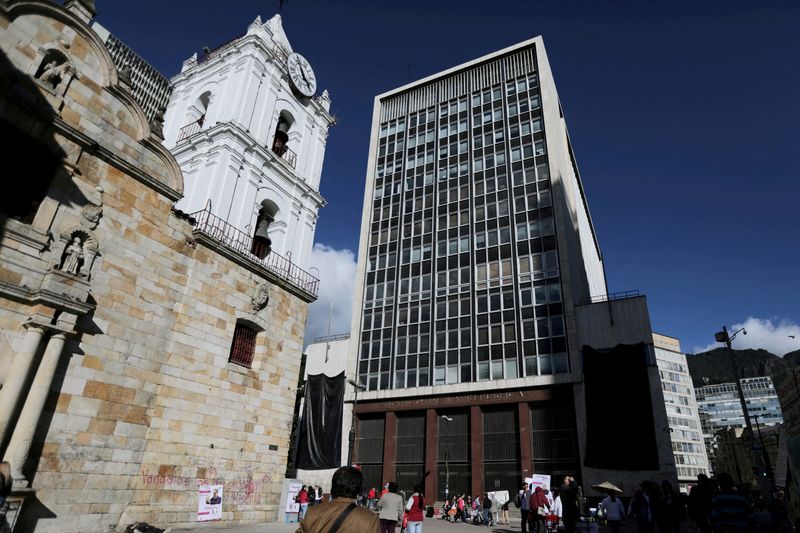 BOGOTA (Reuters) - The technical team of Colombia's central bank is predicting a higher benchmark interest rate than that projected by the market because of increased inflationary pressures and stronger-than-expected economic growth, it said on Wednesday.

The bank's seven-member board, like policymakers around the world, has hiked borrowing costs to combat inflation.

They raised the benchmark borrowing rate to 9% last week, its highest level since February 2009.

Analysts in both a Reuters survey and a bank poll have predicted last week's decision will mark the end of rate hikes.

"The trend of projected rates by the technical team has a similar dynamic but is on average higher than that of the analysts," it added.

The team's estimates do not necessarily reflect policymakers thinking, it said.

The team's higher prediction on the benchmark rate is based on higher-than-expected economic growth amid inflationary pressures and the risk that price rises will remain above-target in the medium term.

"Data shows growth in GDP and especially private consumption that continue to be surprisingly high," Hernando Vargas, the head of the technical team, told a media conference.

"Inflation will begin to descend in the fourth quarter of 2022 because of the dilution of supply shocks, especially for food prices," he added.

Analysts predicted in a Reuters poll last week inflation will have hit 9.98% in July.