Colombia central bank board likely to raise borrowing costs to 6% 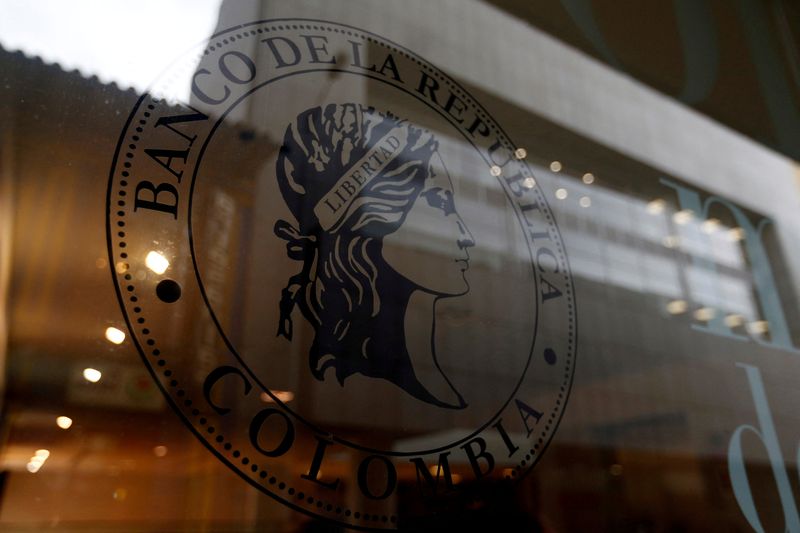 BOGOTA (Reuters) - Colombia's central bank board is likely to raise the benchmark interest rate by 100 basis points to 6% at its meeting on Friday, as it continues hikes in response to persistent inflation pressures.

Some analysts have not ruled out a sharper raise in borrowing costs to curb inflation - which stood at 8.53% in the 12 months to March, almost triple the 3% central bank target.

Fifteen analysts surveyed in a recent Reuters poll agreed the seven-member board will hike the rate to 6%, its highest level since May 2017.

That increase would bring the total uptick in borrowing costs to 425 basis points since September last year.

But the board may opt for a sharper rise because there is no interest rate vote in May, some analysts said.

"We expect a decision for 100 basis points as our central scenario, but we haven't ruled out a movement of greater magnitude principally because there is no meeting in May," said Camilo Perez, chief economist at Banco de Bogota.

"If you look back, exactly in the month before there isn't a meeting, that's when the rhythm accelerates," he added. "It can be interpreted as a type of anticipation or preparation with a larger adjustment ahead of a month without a monetary policy decision."

The board raised the rate by 100 points in January, though the majority of the market had expected 75 points, while in March the rise was 100 points, instead of the majority prediction of 150 points. There was no meeting in February.

The market will also be watching for increases in the bank technical team's projections for inflation, which may come during the press conference following the interest rate vote.

Inflation is not expected to return to the targeted 3% level within the next two years, bank board member Roberto Steiner said last week, predicting rate rises will continue.