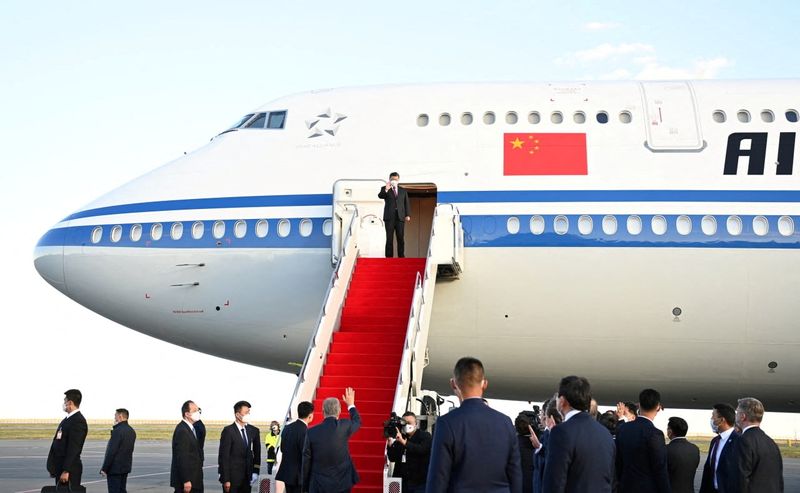 © Reuters. Chinese President Xi Jinping waves as he boards a plane after his visit to Kazakhstan, in Nur-Sultan, Kazakhstan September 14, 2022. Press service of the President of Kazakhstan/Handout via REUTERS

Xi earlier left Kazakhstan where he had made his first trip to a foreign country since China all but shut its borders due to COVID-19 two years ago.

Uzbekistan will host a meeting of the Shanghai Cooperation Organisation, a China- and Russia-led regional security body, this week that will be attended by Putin, Turkey's Tayyip Erdogan, India's Narendra Modi and a number of other leaders.

The summit will be held in the Uzbek city of Samarkand on Thursday and Friday.