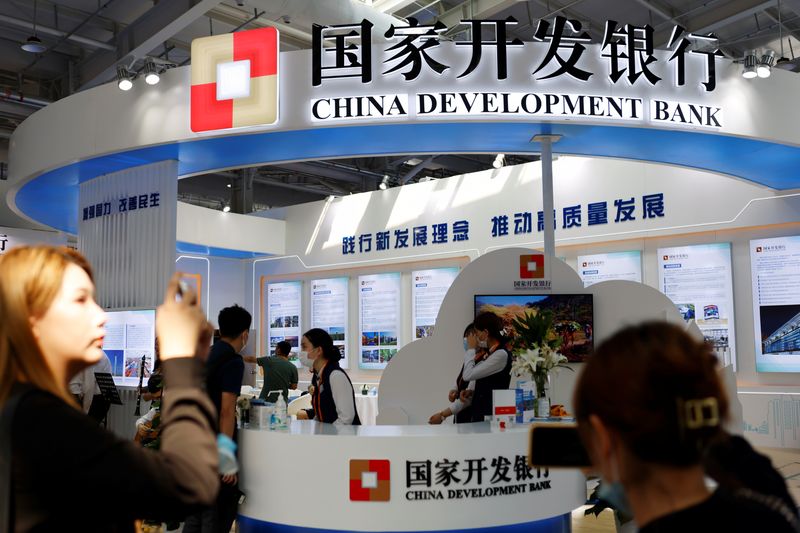 BEIJING (Reuters) - China's largest policy bank said on Friday that it had disbursed 181.5 billion yuan ($27 billion) in loans for urban development projects in the first half of the year, and pledged to maintain an accelerated pace of lending to fund infrastructure.

The China Development Bank (CDB) has supplied 650 million yuan in loans to fund the renewal of an economic zone in the eastern city of Yantai, including the renovation of industrial facilities, it said.

The CDB also separately gave loans of 280 million yuan and 98 million yuan for the construction of gas, electricity and water pipelines in the eastern city of Chuzhou and the capital of Beijing, respectively.

The world's second-biggest economy slowed sharply in the second quarter, depressed by strict COVID-19 containment measures and a distressed property market. Policymakers have pledged to boost spending on infrastructure to revive the economy.

Authorities in a cabinet meeting in June said that they had given policy banks 800 billion yuan in new credit quotas to fund infrastructure projects.