China to ramp up support for economy, avoid excessive stimulus 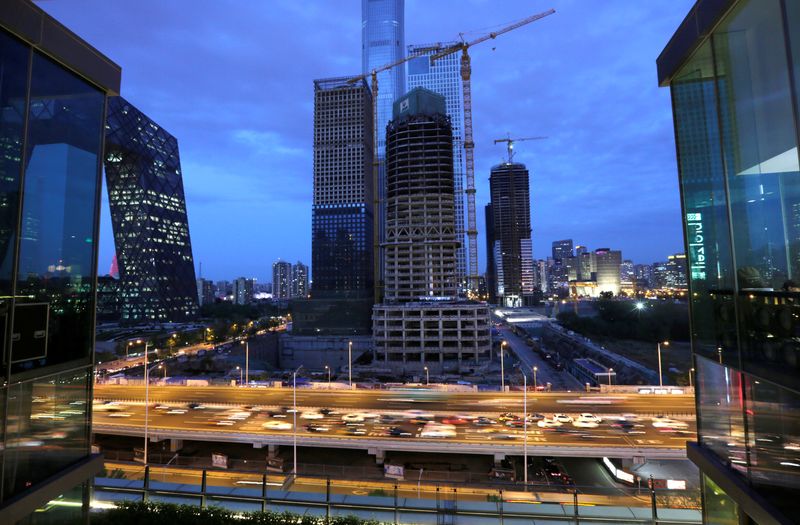 BEIJING (Reuters) - China will act decisively in ramping up support for the economy and roll out more policy steps but will refrain from issuing excessive money, state media quoted the cabinet as saying on Wednesday.

China's economy showed signs of recovery in May after slumping in the prior month as industrial production rose unexpectedly, but consumption was still weak and underlined the challenge for policymakers.

Authorities will seize the window of opportunity and "decisively enhance the strength (of policy), roll out all policy measures that are needed to stabilise the economy", the cabinet was quoted as saying after a regular meeting.

But such efforts should not lead to excessive money issuance and "overdraft of the future", it said.

The cabinet recently announced a broad package of economic support measures, although analysts say the official GDP target of around 5.5% for this year will be hard to achieve without doing away with the zero-COVID strategy.

China will step up support for private investment, which accounts for more than half of the overall investment, selecting a batch of major infrastructure projects to attract private investors, the cabinet said.

Financial institutions should support private investment by rolling over loans, while the government will provide financing guarantees for qualified projects involving private investors, it added.

The cabinet also reaffirmed its support for the "healthy development" of the platform economy, state media said.