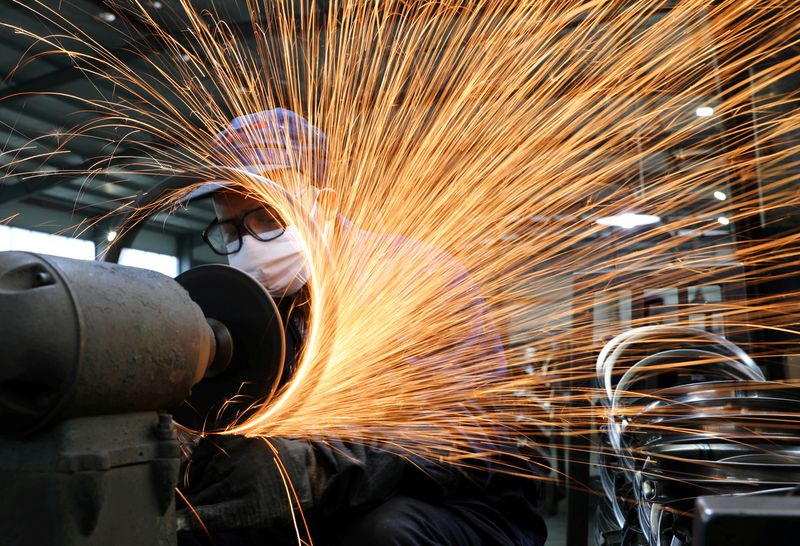 © Reuters. FILE PHOTO: A worker wearing a face mask works on a production line manufacturing bicycle steel rim at a factory, as the country is hit by the novel coronavirus outbreak, in Hangzhou, Zhejiang province, China March 2, 2020. China Daily via REUTERS

BEIJING (Reuters) - China's industrial output rose 0.7% in May from a year earlier, picking up from a 2.9% decline in April, official data showed on Wednesday.

The figure beat expectations of a 0.7% drop in a Reuters poll of analysts.

Retail sales in May shrank 6.7% despite the government relaxing COVID curbs in some cities. Analysts in the poll had expected retail sales to fall 7.1% after slumping 11.1% in April.

Fixed asset investment rose 6.2% in the first five months from a year earlier, compared with a 6.0% gain expected by analysts and growth of 6.8% in January-April.