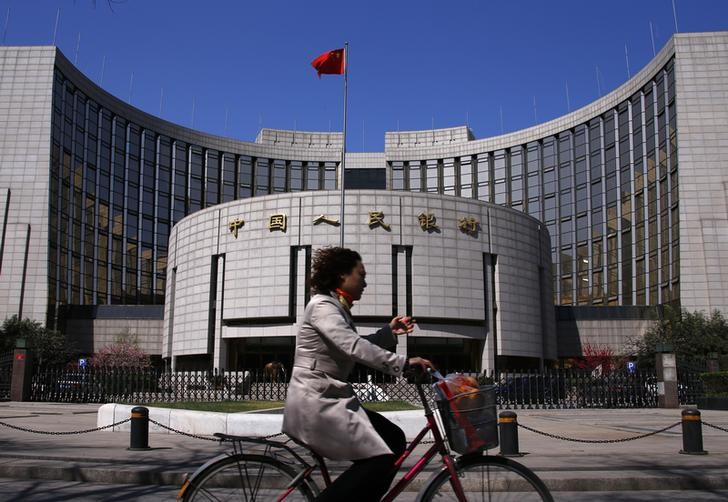 Investing.com -- China's central bank loosened monetary policy again on Friday, the latest in a string of official attempts to shore up a financial system struggling with the implosion of a housing credit bubble.

The People's Bank of China said it will cut the reserve requirement ratio for most banks by 25 basis points, freeing up around 500 billion yuan ($1=CNY7.1664) in liquidity for the economy.

It's only the second cut this year in the so-called RRR, which has a material impact on overall financial conditions in the Chinese economy, and comes hot on the heels of another round of measures to prop up ailing real estate developers. Earlier this week, major state-owned banks said they would offer nearly $200 billion in fresh credit to the sector, over half of it coming from Industrial and Commercial Bank of China, or ICBC, and Postal Savings Bank of China.

The PBoC's action on Friday creates more space for such lending by reducing the amount that banks must hold on deposit at the central bank. However, the RRR is essentially a tool to guarantee financial stability rather than to steer monetary policy, so the steady loosening of financial conditions raises such stability risks by a small but nonetheless real amount.

The PBoC has been reluctant to loosen policy too much this year, aware that the overindebted property sector is unlikely to find its salvation in yet more borrowing. Its last reserve ratio cut was seven months ago, and it again refused to cut its Loan Prime Rates at a policy meeting earlier this week. However, recent developments in inflation, which has eased over the course of the year, have given it more leeway to open the liquidity taps.