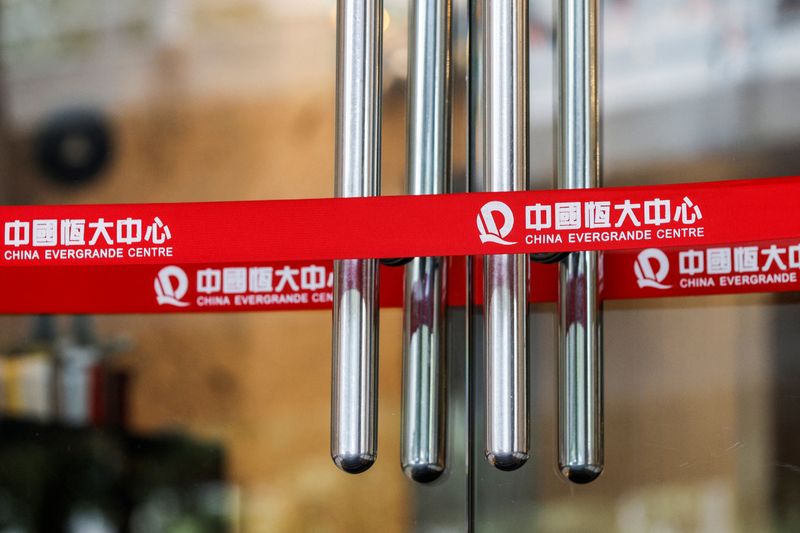 HONG KONG (Reuters) - Embattled property developer China Evergrande Group said on Tuesday its contracted sales for 2021 had plunged 39% from the previous year to 443 billion yuan ($69.5 billion), as its shares were set to resume trading.

The company said its shares would resume trading at 1:00 p.m. (0500 GMT) after being suspended on Monday pending the release of inside information. They were last traded at HK$1.59.

The resumption comes after it confirmed it had been ordered by local authorities to demolish 39 buildings on the resort island of Hainan.

The buildings affected are at its Ocean Flower Island project, and Evergrande added the decision does not involve other plots of land in the project.

"The company will actively communicate with the authority in accordance with the guidance of the decision letter and resolve the issue properly," Evergrande said in a filing on Tuesday.