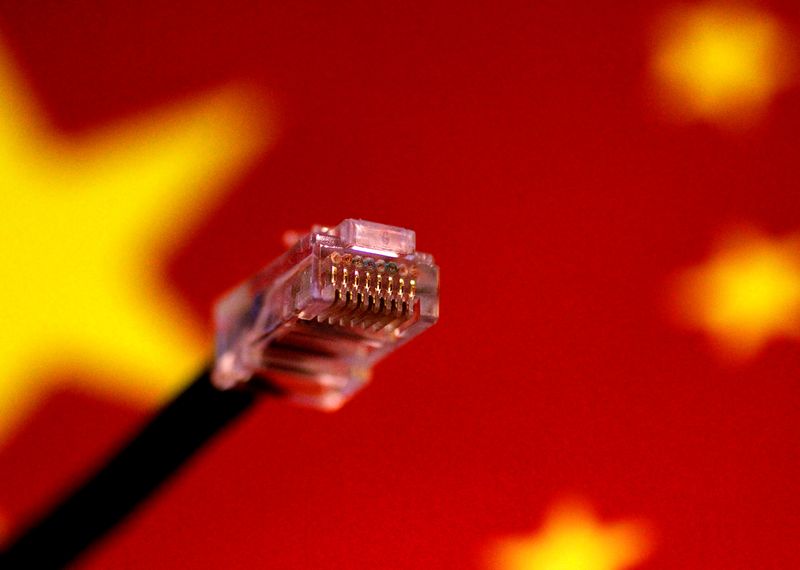 © Reuters. FILE PHOTO: A computer network cable is seen above a Chinese flag in this July 12, 2017 illustration photo. REUTERS/Thomas White/Illustration

The proposed regulations are part of a campaign run by the Cyberspace Administration of China (CAC) over the past year to increase oversight of the country's tech companies.

The public has been invited to give feedback on the draft rules by Jan. 20.

The proposals will require application providers to carry out a security assessment before launching "new technologies, new applications, and new functions" capable of influencing opinion or mobilising the public.

The CAC did not specify any specific apps or outline the security assessment process other than to say it should be carried out in accordance with national regulations.

The proposed rules would apply to "text, picture, voice, video and other information production", as well as instant messaging, news dissemination, forum communities, livestreaming, and e-commerce, the regulator said.

The regulator added that mobile app providers must not conduct activities that endanger national security, or force users to share non-essential personal information.

Over the past year, Chinese authorities have tightened regulations across a number of industries, ranging from gaming to real estate to education.

The CAC has led a number of initiatives targeting the country's tech sector.