Chances of recession in Britain in next two years have increased, says JPM 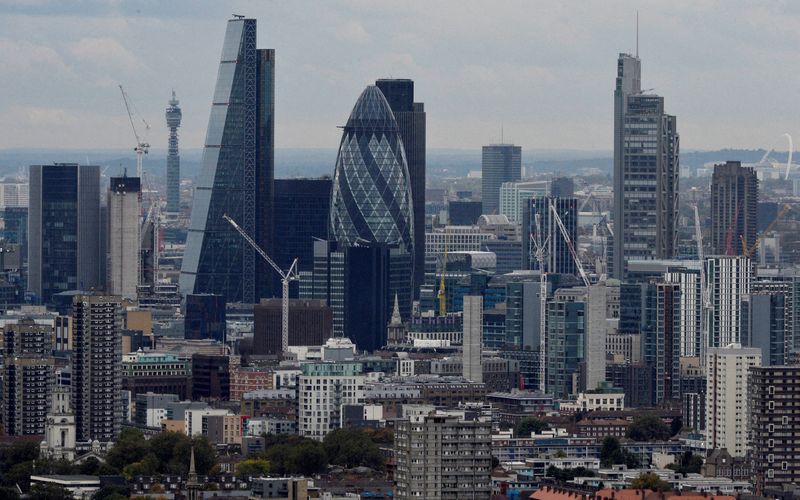 (Reuters) - Chances of Britain heading into a recession over the next year or two have increased amid soaring inflation due to the country's vulnerability to external shocks, J.P.Morgan economists said on Friday, a day after the Bank of England raised borrowing costs.

The BoE raised its benchmark interest rate to 1.25% on Thursday - the highest since January 2009. While its move was more gradual than other central banks, the BoE said it was ready to act "forcefully" if needed to tackle dangers from inflation.

"If the (U.S. Federal Reserve) engineers a sharp growth slowdown or recession, this would spill over to the UK and, combined with a tightening in domestic financial conditions, likely produce a UK recession," JPM said.

The Fed on Thursday rolled out its biggest rate hike since 1994 and flagged a slowing economy.

"... given the nature of the UK economy, we see high vulnerability to external shocks beyond the near term and see increasing chances of a recession over the next one to two years," JPM added.

It said recession would be more likely if British rates topped its long-term forecast of 3%.

Countries worldwide are battling cost-of-living levels not seen in decades, ratcheted up by the reopening of the global economy after the COVID-19 pandemic and then by the Russia-Ukraine war. The BoE expects inflation to top 11% in October.

However, JPM predicts British banks to remain profitable and mortgage defaults to remain below previous recession peaks even with higher interest rates, adding that it expects the initial impact on borrowers would be manageable over the next 12 months.

Earlier in June, the British government said it would launch a comprehensive review of the mortgage market, months after a BoE survey showed lenders expected loan defaults to rise.

(This story corrects headline and paragraph 1 to say chances of recession in Britain have increased, not that it is likely)