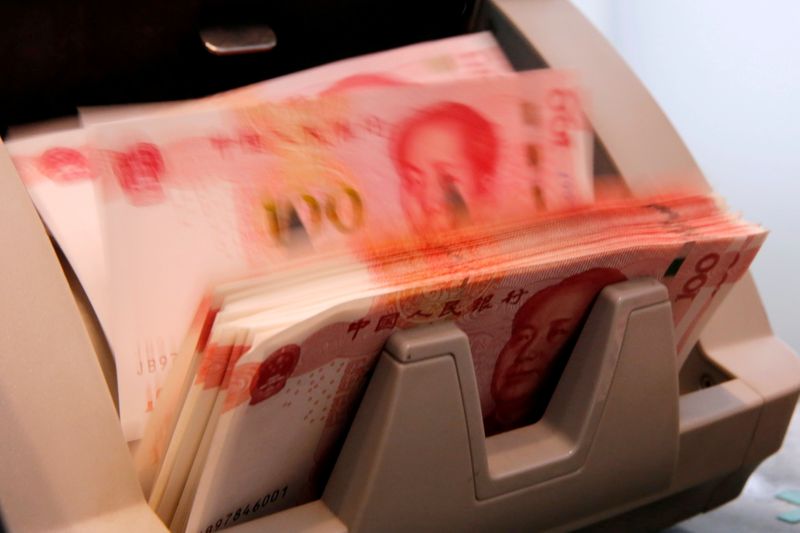 © Reuters. FILE PHOTO: Chinese 100 yuan banknotes are seen in a counting machine while a clerk counts them at a branch of a commercial bank in Beijing, China, March 30, 2016. REUTERS/Kim Kyung-Hoon

LONDON (Reuters) -The Chinese yuan is on course to become a much more influential part of the global financial system with almost a third of central banks planning to add the currency to their reserve assets, a closely-followed survey showed on Wednesday.

Other eye-catching findings from the report showed 75% of central banks now think monetary policy is having excessive influence on financial markets, although only 42% think these policies needs to be actively reconsidered.

Only 59% of central banks would be willing to use more than 30% of their reserves in the event of a serious currency shock, while 45% of pension funds now invest in gold, which was well up from 30% in last year's survey.

It also showed that central banks, sovereign wealth funds and public pension funds now control a record total of $42.7 trillion worth of assets. Central bank reserves alone were up $1.3 trillion to $15.3 trillion as of the end of 2020.