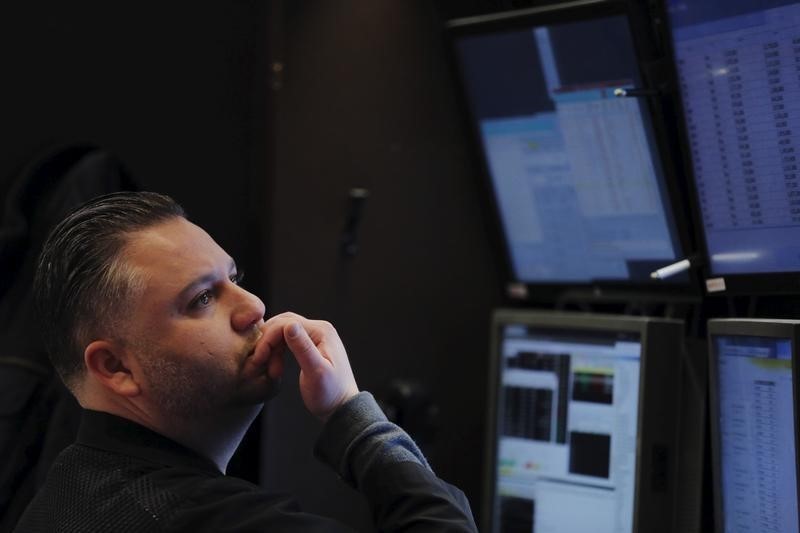 © Reuters. Cash Unwanted by Banks Piles Up at the Fed Reverse Repo Facility

(Bloomberg) -- While money-market funds are flocking to the Federal Reserve’s overnight reverse repurchase agreement facility for the yield, large U.S. banks are using the program to shed unwanted deposits.

Banks are emerging as a key driver in demand for the Fed’s so-called RRP facility, where usage could approach $1.5 trillion by the end of October, according to Bank of America Corp (NYSE:BAC). strategist Mark Cabana. Volumes surged over the past month, reaching an all-time high of $992 billion on June 30, as the facility serves as an investment option of last resort to mop up excess cash, especially with short-term funding rates hovering around zero.

The Fed’s balance sheet has continued to swell due to its ongoing asset purchases while the drawdown of the Treasury General Account returns funds to the system. That in turn forced banks to take on more cash, boosting deposits after the pandemic-era regulatory exemptions for reserves and Treasury securities expired at the end of March.

“One very notable feature of the Fed balance sheet growth is the reluctance of private banks to absorb ongoing reserve and deposit growth,” Cabana wrote in a note to clients. “From the large U.S. commercial bank perspective, the O/N RRP functions as a tool to absorb excess cash in the system that banks don’t want.”

On its call for second-quarter earnings, JPMorgan Chase & Co (NYSE:JPM).’s Chief Financial Officer Jeremy Barnum said that leverage is now the bank’s “binding constraint” and acknowledged that “RRP is helping a little bit on the deposit growth side, which helps a little bit” with managing the firm’s supplementary leverage ratio.

Unwanted bank deposits have partially shifted to the money market funds, who then invest the cash with the Fed at the RRP, which yields 0.05%. Yet total money-market fund assets, which have grown by about $125 billion since the middle of March -- around the time that usage at the Fed’s facility started to climb -- doesn’t account for the entire growth in the facility, according to Cabana. Much of the RRP’s increase is due to a shift in money-market holdings, where funds have liquidated Treasuries and allocated the proceeds to the Fed’s operation.

Bank of America anticipates RRP demand pushing higher in the next few months as the Fed’s asset purchases continue and the Treasury’s cash balance continues to dwindle “in a prolonged debt limit standoff.” A sharp increase in balances at the facility could also signal large money market funds are maxing out their usage, requiring policy makers to increase the $80 billion per counterparty limit.