Cash ousted in Spain as main means of payment during pandemic, Bank of Spain says 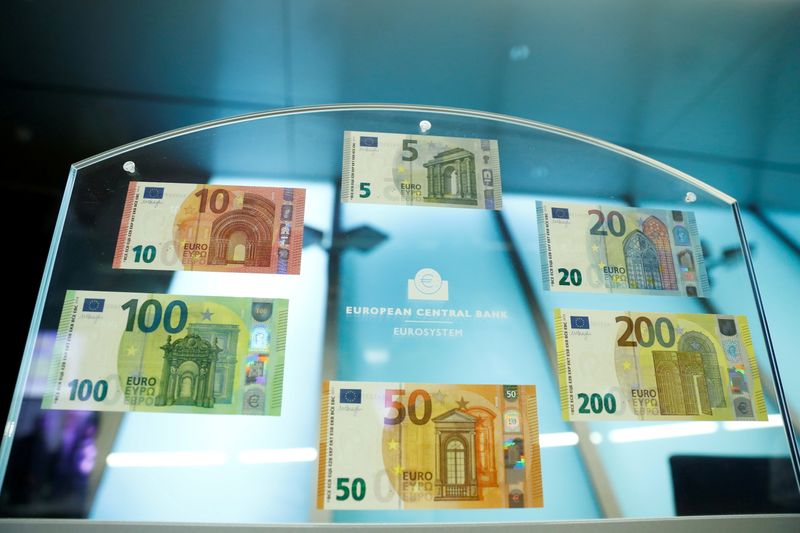 © Reuters. FILE PHOTO: The complete Europa series, with the new 100- and 200-euro banknotes, is displayed during a presentation at the ECB headquarters in Frankfurt, Germany, September 17, 2018. REUTERS/Kai Pfaffenbach

MADRID (Reuters) - Cash was ousted as the main means of payment during the COVID-19 pandemic by Spaniards, who instead opted to pay by debit card last year, according to a poll published on Monday by the Bank of Spain.

The Bank of Spain said in its survey that the overall decline in the preference for cash has been showing a sustained trend since 2014, when almost 80% of respondents made it their first choice.

However, cash is still the most used means of payment in younger and older age groups, the Spanish central bank said.

The poll comes just a few days after the European Central Bank took a first step towards launching a digital version of the euro, part of a global drive to meet growing demand for electronic means of payment, though also to tackle a boom in cryptocurrencies.