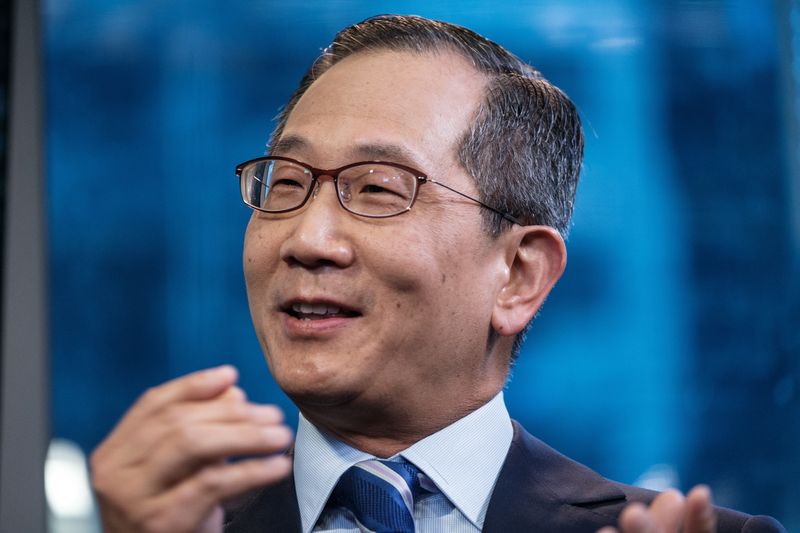 Distributable earnings - which represent the cash used to pay dividends to shareholders - rose to $539 million from $395.4 million a year earlier. This translated into distributable earnings per share of $1.17, slightly above average estimate of $1.07 per share, according to financial data provider Refinitiv.

Carlyle said it generated $8.5 billion from asset sales completed during the quarter, including the sale of roofing firm Cupa Group to Brookfield Asset Management Inc and the divestment of its controlling stake in outsourcing firm VXI Global Solutions to Bain Capital. That was down from $8.7 billion a year earlier.

While these deals were completed in the second quarter, allowing Carlyle to book performance fees from them, they were inked before the recent market downturn precipitated by rising interest rates and the impact of Russia's invasion of Ukraine.

"We've had a decent flow of announced transactions and we continue to close them throughout the year, which is why on a distributable earnings basis we had a comfortable beat," Carlyle Chief Executive Officer Kewsong Lee said in an interview.

Carlyle's corporate private-equity funds were flat during the quarter, while real estate and credit funds gained 4% and 2%, respectively.

"This is a complex challenging environment and we've been preparing for this. We do expect this environment to continue in the near term," Lee said.

Carlyle said its fee-related earnings rose 65% to $236 million from $143 million a year earlier, driven partly by growth in management fees from its credit business.

Total assets under management reached a record $376 billion, up 16% from the prior quarter, due to a deal to manage about $50 billion in assets for insurer Fortitude Re, strong fundraising activity and fund appreciation. Unspent capital stood at $81 billion.

"It will be interesting to see how Fed actions, market volatility, changes in geopolitics and sentiment affects the broader economy," Lee said. "But with respect to what we can control - the construction of our portfolios and types of deals we're investing in - I'm pretty confident in how Carlyle is positioned."