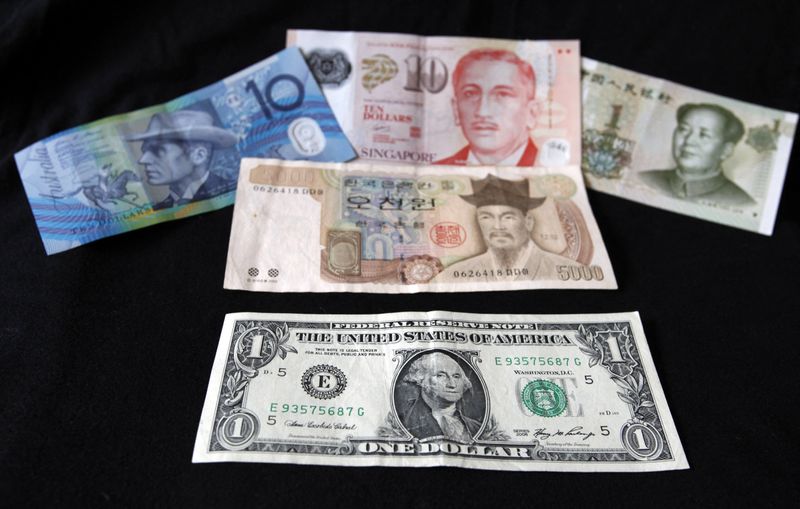 © Reuters. A U.S. dollar note (bottom) is pictured alongside other currencies including (L-R) the Australian Dollar, Singapore Dollar, Korean Won and China's Yuan in this picture illustration taken in Washington, October 14, 2010. REUTERS/Jason Reed

NEW YORK (Reuters) - Net capital flows to emerging markets rose last month from November and fell more than 75% year-on-year, with China the main recipient as investors fear other economies will continue to underperform due to COVID-19, a survey showed on Tuesday.

Non-resident flows to emerging markets reached $16.8 billion last month, compared with $13.7 billion in November and $70.2 billion in December 2020, data from the Institute of International Finance showed.

"Foreign investment in emerging market stocks and bonds outside China has come to an abrupt standstill over fears that many economies will not recover quickly enough from the pandemic this year," said Jonathan Fortun, an IIF economist, in a statement.

"We believe that the outlook is worsened by the Omicron (COVID) variant and expectations of a stronger dollar and higher U.S. interest rates."

"We see non-China EM in a de facto sudden stop," Fortun wrote, confirming the trend for the last quarter.