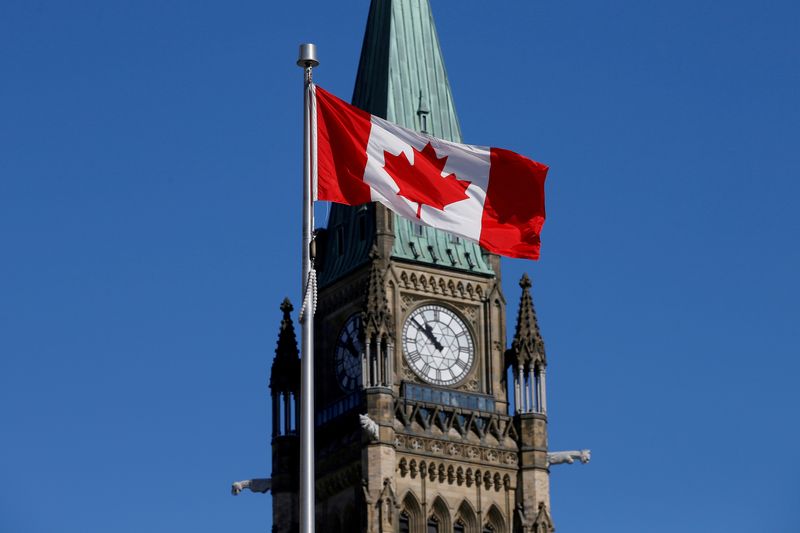 OTTAWA (Reuters) - Canada recorded its second surplus of fiscal 2021/22 in February, as its budget deficit for the first 11 months of the fiscal year shrunk considerably compared with the year-ago period, the finance ministry said on Friday.

The April to February shortfall was C$69.82 billion compared with a C$282.56 billion deficit in the year-ago period, as the costs of the COVID-19 pandemic continued to recede.

"As expected, the government's 2021–22 financial results show a marked improvement compared to the peak of the COVID-19 crisis," the finance ministry said.