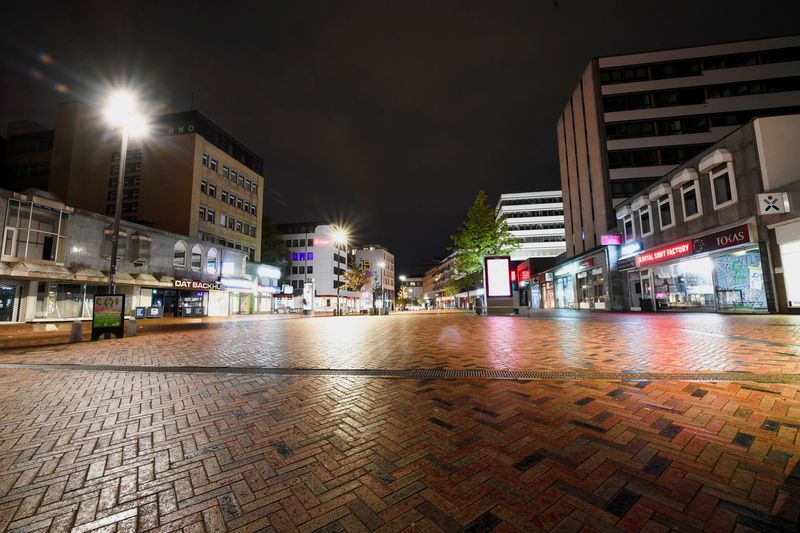 © Reuters. FILE PHOTO: General view of the "Grosse Bergstrasse" street during a lockdown in Hamburg, Germany May 11, 2021. REUTERS/Fabian Bimmer/File Photo

"Inflation this year will be even stronger than it was at the beginning of the 1980s,” Bundesbank President Joachim Nagel said, referring to the previous period of painfully high consumer price growth.

"Price pressures have even intensified again recently, which is not fully reflected in the present projections,” Nagel said. "If this development is assumed to continue, the annual average (inflation) rate for 2022 could be considerably above 7%.”

The update is broadly in line with the European Central Bank's revisions of its own forecasts on Thursday, which showed accelerating inflation from surging fuel and food prices but a big hit to growth.

In 2024, the last year of the Bundesbank's projection horizon, inflation is seen at 2.6%, well above the ECB's own 2% target for the euro zone.

The ECB on Thursday said that it would raise rates in July by 25 basis points and an even bigger increase may be necessary in September before a string of further hikes.

As for growth, the German central bank now sees Europe's biggest economy expanding by 1.9% this year, less than half of the 4.2% it predicted in December while expected growth in 2023 was cut to 2.4% from 3.2%.

Despite the cut, the 2022 growth projection is still somewhat more optimistic than the European Commission's 1.6% estimate for Germany.

"The baseline scenario of the projections builds on the assumption that the war and its consequences will not intensify any further," the Bundesbank said.