Bubbles, bubbles everywhere: Jeremy Grantham on the bust ahead 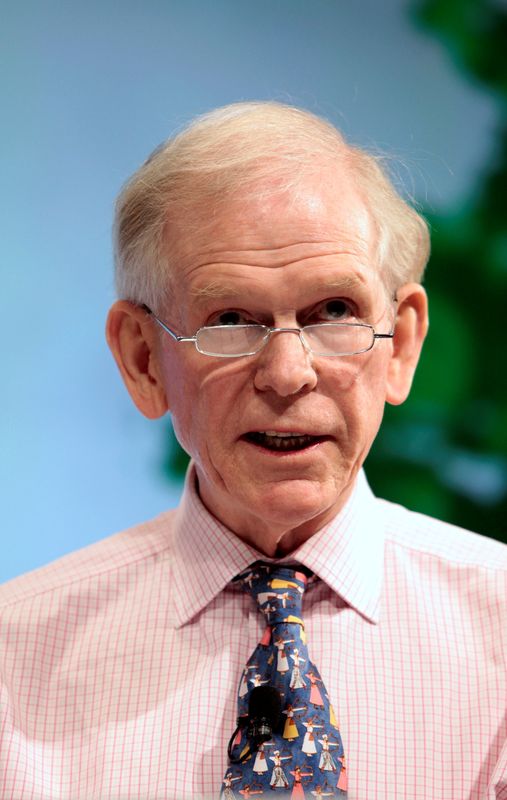 NEW YORK (Reuters) - In this manic era of meme stocks, cryptocurrencies and real-estate bidding wars, studying the history of financial markets might seem a little dry and old-fashioned.

Except to Jeremy Grantham.

The chairman of the board of famed asset managers GMO is a certified bubble-ologist, fascinated by how and why bubbles emerge. Grantham studies classic ones like 1929, but - now in his eighties - he has also lived through (and called) numerous modern booms and busts, including the dot-com wreckage in 2000, the bull market peak in 2008 and the bear market low in 2009.

In case you did not know where this is headed: He says we are in a bubble right now.

In January Grantham wrote an investor letter, "Waiting For the Last Dance," about an inflating bubble that "could well be the most important event of your investing lives."

Six months later, the stock market is starting to show some cracks. Grantham spoke with Reuters about this moment of market history.

Q: When your letter of warning came out, what was the response like?

A: I got a lot of pushback. Waves of Bitcoin freaks attacked me in every way possible. They said my ears were too big, and that I needed to be locked up in an old-folks home.

Q: So if we were already in a bubble then, where do things stand right now?

A: Bubbles are unbelievably easy to see; it's knowing when the bust will come that is trickier. You see it when the markets are on the front pages instead of the financial pages, when the news is full of stories of people getting cheated, when new coins are being created every month. The scale of these things is so much bigger than in 1929 or in 2000.

Q: What is your take on equity valuations now?

My favorite metric is price-to-sales: What you find is that even the cheapest parts of the market are way more expensive than in 2000.

Q: What might bring an end to this bubble?

A: Markets peak when you are as happy as you can get, and a near-perfect economy is extrapolated into the indefinite future. But around the corner are lurking serious issues like interest rates, inflation, labor and commodity prices. All of those are beginning to look less optimistic than they did just a week or two ago.

Q: How long until a bust?

A: A bust might take a few more months, and, in fact, I hope it does, because it will give us the opportunity to warn more people. The probabilities are that this will go into the fall: The stimulus, the economic recovery, and vaccinations have all allowed this thing to go on a few months longer than I would have initially guessed.

What pricks the bubble could be a virus problem, it could be an inflation problem, or it could be the most important category of all, which is everything else that is unexpected. One of 20 different things that you haven't even thought of will come out of the woodwork, and you had no idea it was even there.

A: There will be an enormous negative wealth effect, broader than it has ever been, compared to any other previous bubble breaking. It's the first time we have bubbled in so many different areas – interest rates, stocks, housing, non-energy commodities. On the way up, it gave us all a positive wealth effect, and on the way down it will retract, painfully.

Q: Are there any asset classes which are relatively attractive?

A: You could always own cash, or you could do what the institutions do, which is buy heavily into the asset classes that are least bad. The least overpriced are value stocks and emerging markets. Those are the two arbitrages. With value and emerging, you should make some positive return over the next 10 years.

Q: It is difficult to be bearish right now?

A: Not for me, because I don't have career risk anymore. But every big company has lots of risk: They facilitate a bubble until it bursts, and then they change their tune as fast as they can, and make money on the downside.

But this bubble is the real thing, and everyone can see it. It's as obvious as the nose on your face.